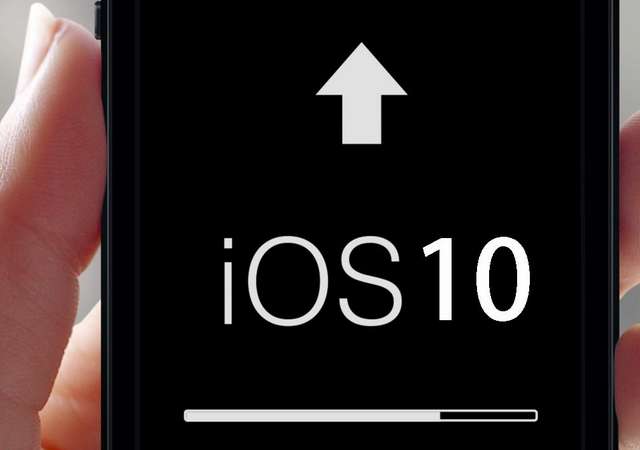 As expected, Apple at its annual Worldwide Developer Conference that took place in San Francisco earlier today announced iOS 10, the latest major software update for its iOS devices, bringing lots of new features on deck. This year sees huge changes in iOS history as the firm further stretches the ability its operating system can perform in an inventive manner, originating rather than being creative.

So, what does iOS 10 brings to the table? Lets find out:

1.) Invisible Ink: We decide to make this the first on the list because up till now no such feature has been seen when it comes to mobile. Messages written with the invisible ink will appear blank to the receiver until the person swipe the screen. We’ll take that as an electronic concealment.

2.) Messages: Tons of new features has been added to messages including new animations, stickers, and emojis. Users can now write messages in their own handwriting which appears in an animated form to the receiver, and there are now bubbles (or should we say balloons) to further express how sensitive the message is. In addition, new Tapback feature offers quick response from predefined responses right in the message window when tap.

3.) Siri Opens to Developers: Apple virtual assistant, Siri, just as iMessage is now open to app developers with Sirikit. With implementation of Sirikit, developers can now enable iOS 10 apps to work with Siri and use its service.

4.) Apple Maps made Smarter: Maps has also join the bandwagon of Apple apps open to developers. Apps like OpenTable can now seamlessly integrate its booking service into Maps, and users can now take reservations or even book a ride with Uber, make payment without leaving Maps window. Also, the Maps has been redesign and new smart feature can suggest where a user is heading and show the shortest way to his destination. Food stores, restaurant, gas station and other closest places around can be seen as well.

5.) Apple Music Redesigned: The simple, intuitive design makes it even easier to enjoy your favorite songs. You can also view the lyrics while you’re listening to them.

6.) Raise to Wake: Picking up the phone auto wakes it up and the first thing you see are the notifications waiting for you to read.

7.) Apple News Redesigned: The news interface has been tweak to let you easily find stories that matters to you most, in distinct sections of the beautifully redesigned News app.

8.) Rich Notification: Within the notification window, users can now view photos and videos, and also respond to messages.

9.) QuickType makes smarter with contextual prediction. Relevant information within the phone pops up as an option when typing, making it easier and faster to write.

10.) Photos: The photo section has experience an upgrade too and there is now a new feature called Memories, which automatically scan within photo and video archives and find the most cherished memories as well as forgotten events, presenting them in a beautiful collection. Users can also creates beautiful movies out them. In addition, users can search photos by the people or things in them, like a beach, a football game, or a puppy.