A man who has been in a Nigerian prison for the past three years has cried out while accusing his half-sister of being responsible for his predicament.

The man named Olupelumi Fagboyegun, claimed his half-sister, Justice Olarenwaju Olutoyin Akeredolu née Fagboyegun, who is the Chief Justice of Ondo state and also a pastor at Redeemed Christian Church of God, has been using her position to frustrate his case and keep him in jail.

He said he’s lived abroad for over 30 years and came to Nigeria on holiday but he was forcefully arrested from his father’s house.

The man, who shares a father with the Ondo State Chief Justice, said he was charged with ”forceful entry into his father’s house.”

He said he’s been awaiting trial for 3 years now and his sister has been using her position to keep him in jail.

He claimed the Ondo State Judiciary is “run like a family affair” such that “if you don’t know anybody, “you cannot get justice.”

He said: “Because I share the same father with the Chief Justice of Ondo state, I was arrested at my father’s place, I was locked up, I was charged, with forceful entry to my father’s house.

“Even if I was convicted of this crime, it only carries one year prison penalty. But I have been on open remand for the past 3 years.

“This case has been going on for three years because the Chief Justice of Ondo state is using her power to influence the judicial system, I’ve been unable to get justice. 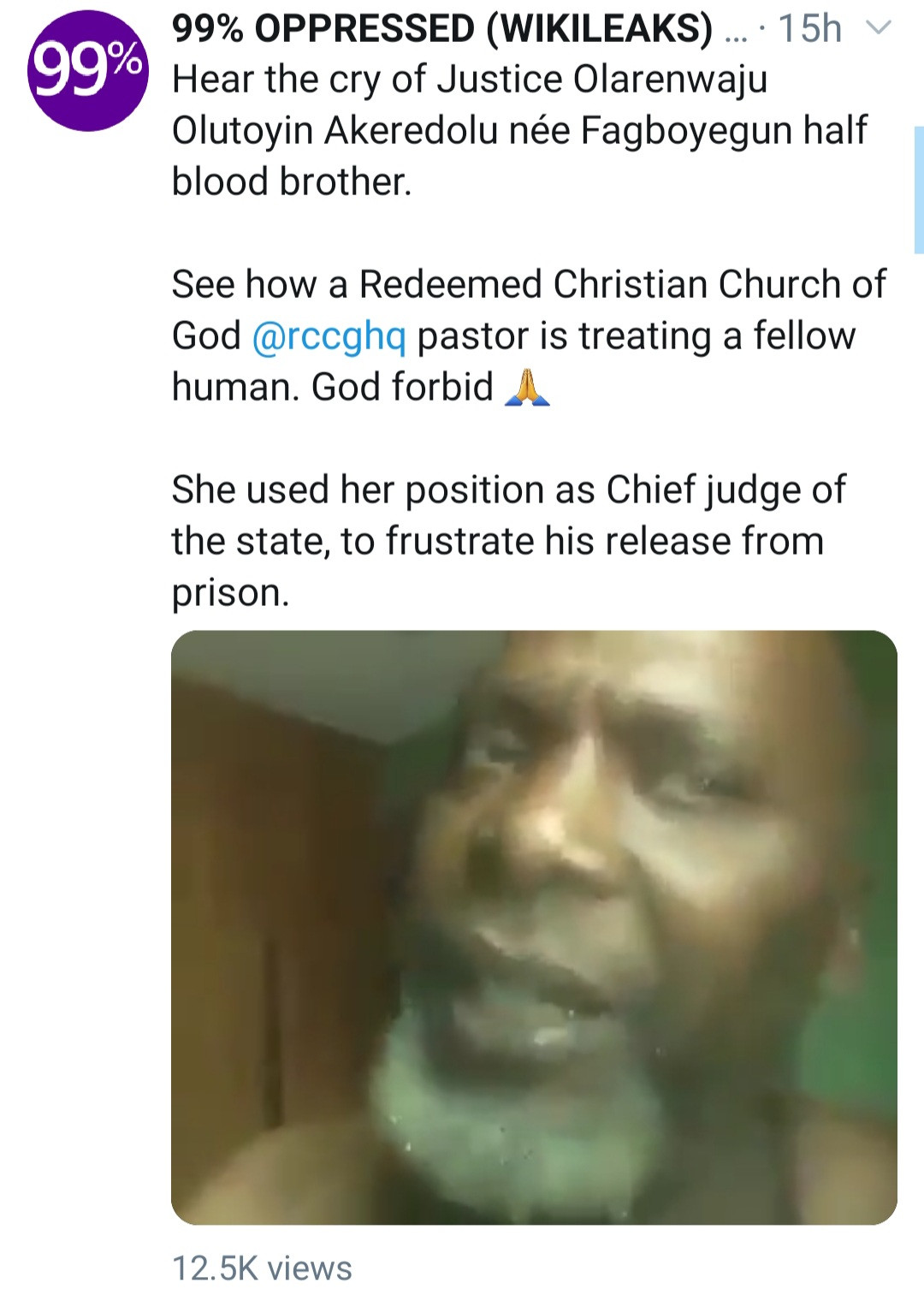 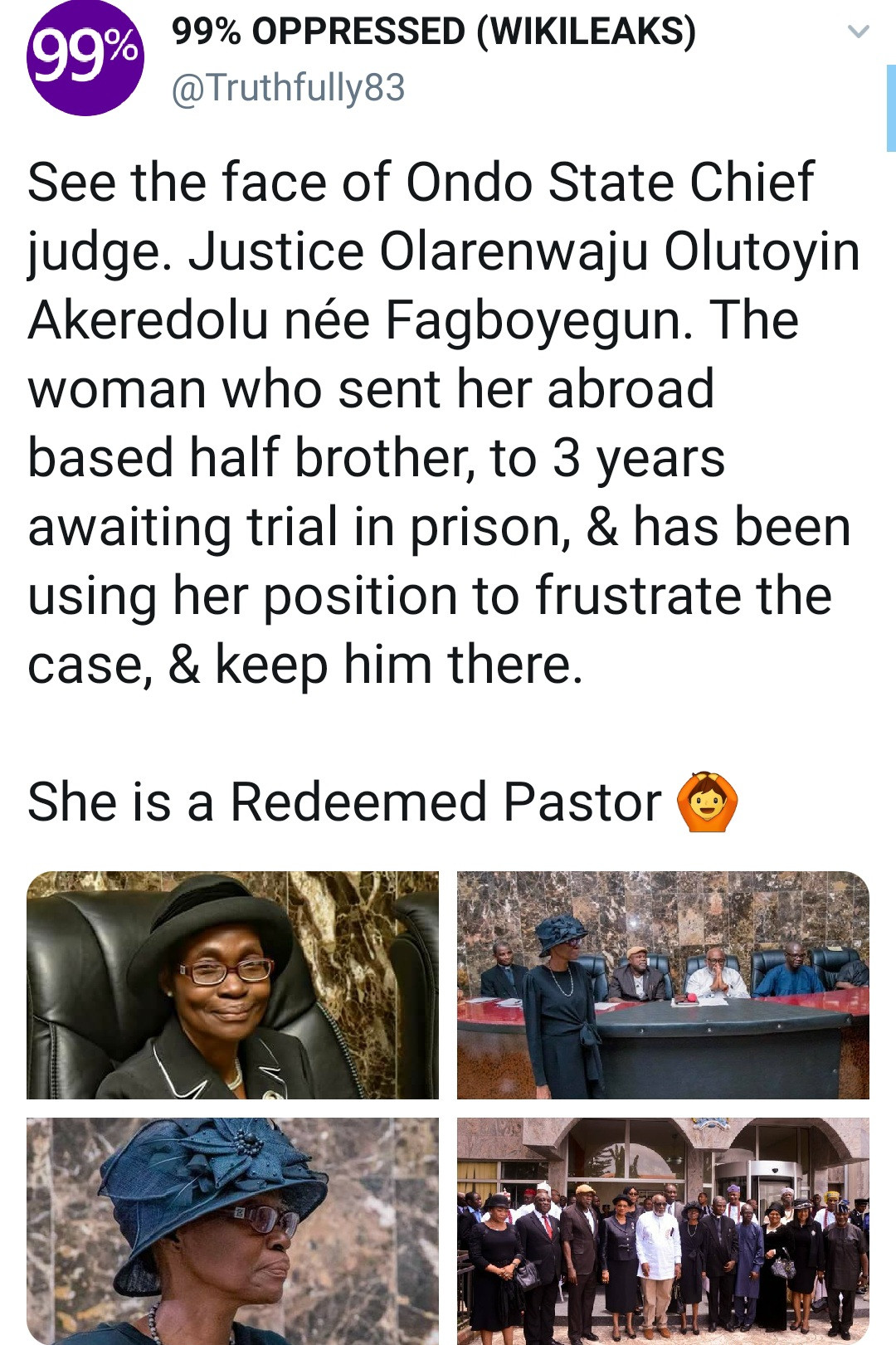 Reacting, the Ondo state government said it has “directed the Department of Public Prosecution to immediately investigate the allegation” 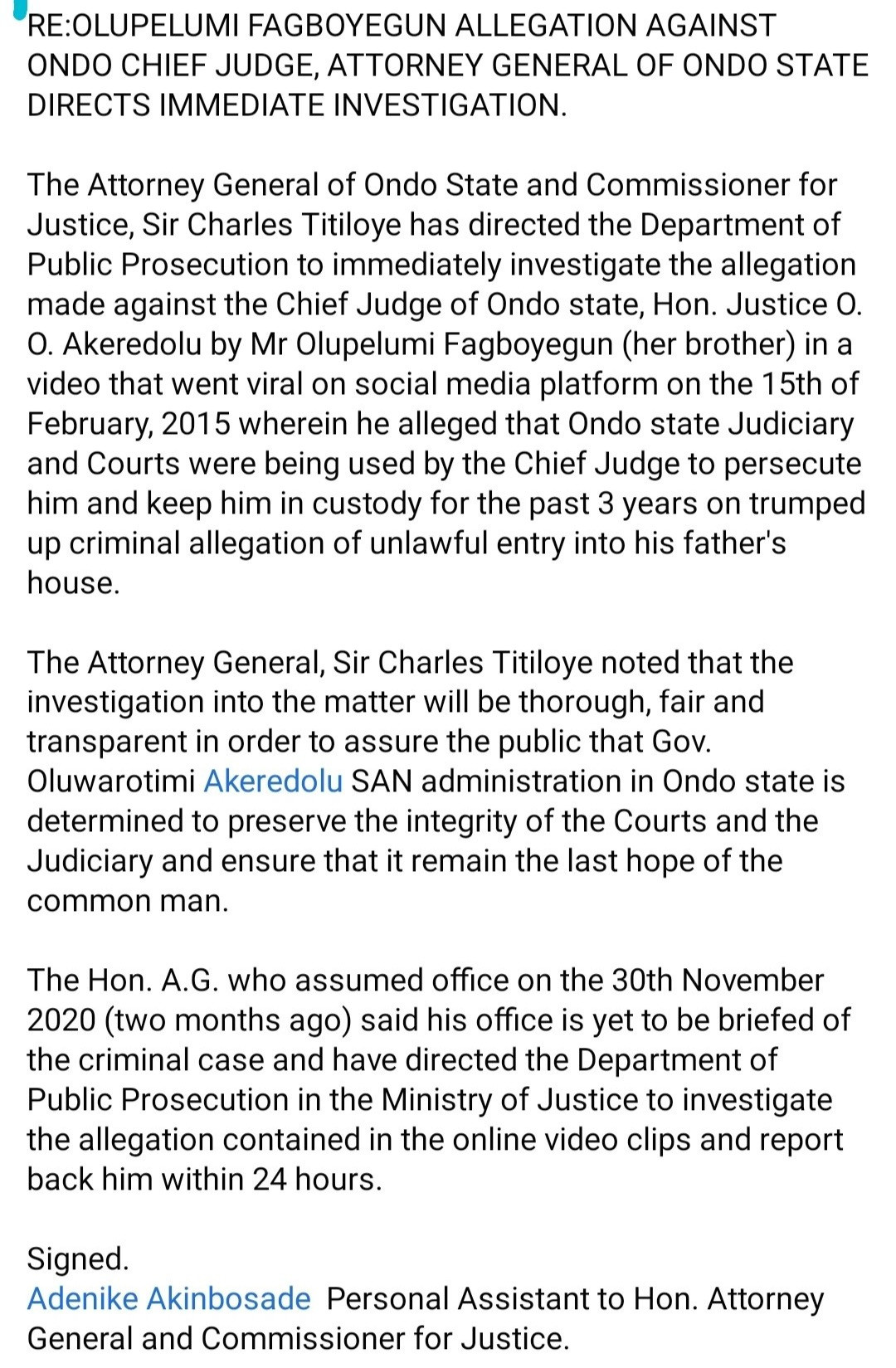