Premier Information and Tech How Tos Online
Home Acer Acer Chromebook 13 Is The First Chrome Laptop To Be Powered By... 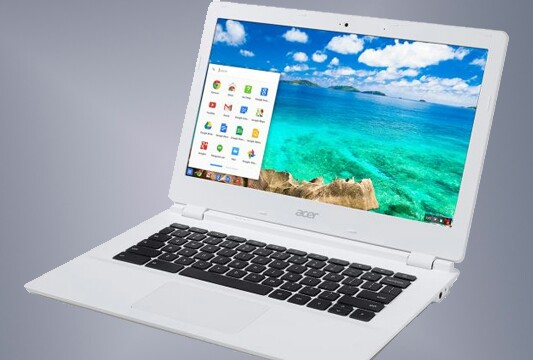 The Chromebook 13 by Acer features a 13.3-inch display with a full-HD resolution of 1920×1080 pixels. Its display is enhanced by the company’s “ComfyView” technology, this minimize light reflection and reduce eye fatigue. The laptop is 1.7cm thick and weigh only 1.5kg.

The new Acer Tegra K1 powered Chromebook comes with WiFi 802.11ac, two USB 3.0 ports, and an HDMI port as connectivity options. There is also Chrome web store onboard with up to 30,000 apps, where users can download various apps.

The Acer Chromebook 13 also features an HD webcam that is capable of recording 720p videos, and there are two built-in stereo speakers and a microphone for multimedia purpose. It can deliver up to 13 hours of use in a single charge.