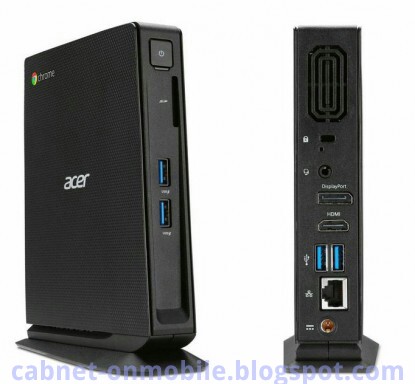 Acer seems to be on the lead when it comes to Chrome running devices, with the launch of its first Nvidia-powered Chrome laptop earlier this month, and an Intel Core i3 powered Chromebook that was released in July, Acer is really focusing on bringing the best out of Chrome OS.

Another new Chrome-powered PC has been announced by the company, the Chromebox CXI. The new Acer PC is expected to be launch next month in the US, while there’s no details for its UK release.

The new Acer Chrome PC is powered by an 1.4GHz Intel Celeron 2957U 64-bit processor with a 4GB DDR3 RAM and 16GB SSD storage. The specs doesn’t fit for gaming, but it can definitely handle basic computing tasks.

On the connectivity side, the Chromebox CXI have four USB 3.0 ports, an HDMI port, Ethernet port, SD card reader, and a DisplayPort. It also comes with wireless connectivity options such as Bluetooth 4.0 and Wifi 802.11 b/g/n. Users have access to 30,000 additional apps through the pre-installed Chrome OS web store.