The long expected and highly anticipated MacBook Pro has finally arrived. Apple at its “Hello Again” event yesterday officially took the wraps off its 2017 edition of MacBook Pro as expected. The new device brings lots of new features compare to its predecessors, but the most noticeable is the addition of a Touch Bar, a thin strip OLED touch display layed above the keyboard that offers smart feature. Embedded underneath the strip at the far right is Apple TouchID with sapphire glass on top for additional protection.

Apple has re-shuffled the keyboard and has catapult the hardware-oriented “Esc” key from its usual place at the top left side of the keyboard to the far-left side of the OLED strip. With wirez removed and software put in place, the “Esc” can be use as a tool as well as a key, though it will take some time to get used to. The Touch Bar rekindles our memory of touchbar found in earlier HP EliteBook series (e.g 6930p, 8530w) and how premium it makes the laptops looked when the lights sparkle at night, we expect the MacBook Pro to look far more premium than that, though we couldn’t but suspect that Apple may have got its inspiration from these old HP laptops. 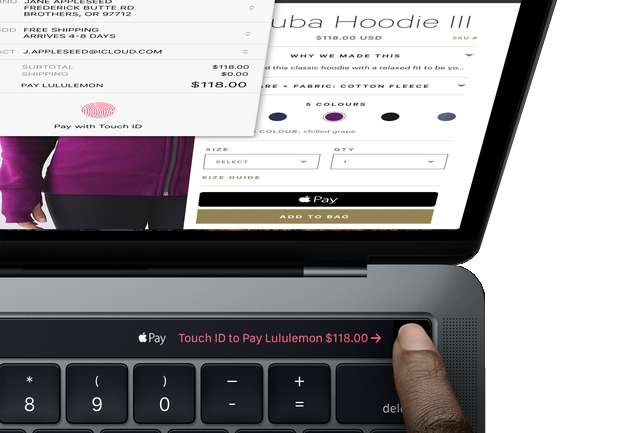 Being a touch display driven by software, the Touch Bar can do many things unlike the outdated fixed touchbar found in some old EliteBook we mentioned above. For instance, the Touch Bar can sense when a media file is playing and offer navigation keys such as next, prev, play, and skip on its display. It can perceive tap and gesture as well. The Touch ID layed beneath let users make payment via Apple Pay with ease.

Besides these overall changes in hardware and software, the outer layer (we mean the body) also got a new magnificent design. The MacBook Pro is more stronger and lighter—thanks to its redefined metal build, and thinner, measuring just 14.9mm at its thinnest point. While this is far more thicker than the thinnest Windows laptop around (HP Spectre 2016 sprung to our mind), it definitely outrun its predecessors.

In terms of specifications, the MacBook Pro 2017 comes in two display options, 13-inch and 15-inch, the first flaunting a pixel resolution of 2560×1600 and the second a 2880×1800 pixel resolution. The laptop can be configured with up to Intel Core i7, up to 16GB of RAM, and up to 512GB of SSD. It sports an HD FaceTime camera; comes equipped with four Thunderbolt 3 USB Type-C ports, and can deliver up to 10 hours of movie playback. 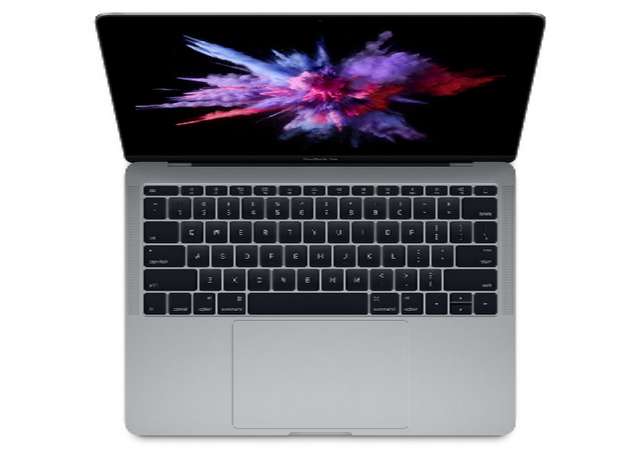 At the event, Apple also launched a lesser variant of the MacBook Pro 13-inch without Touch Bar and Touch ID. It also comes with 2x Thunderbolt 3 USB Type-C ports but is powered by a lesser Intel Core i5 with 8GB of LPDDR3 RAM. Price starts at US$1,499 and is already available for purchase in the United States.