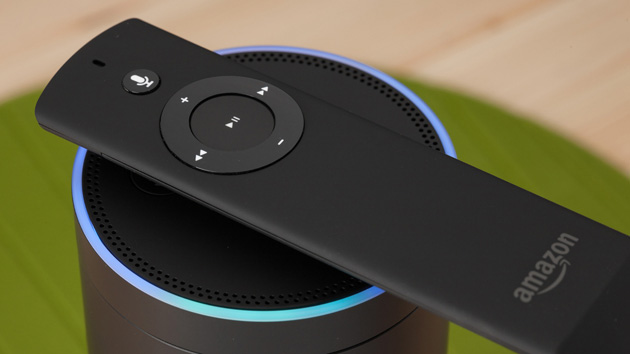 Amazon launched Echo, a speaker that comes pre-loaded with siri-like voice service in October last year which was strictly available by invitation only. Today, the firm has announced that Echo will be generally available in the United States starting from July. Pre-orders of the device is already opened on amazon.com/echo with a price tag of $179.99 USD.

The Amazon Echo is a smart speaker that can be command and control via voice. It includes seven microphones, placed under the light ring at the top, using beam-forming technology to hear questions and extract words from any direction even when the music is playing loud.

The device can be woke up when off or in sleep mode by just saying “Amazon” or “Alexa”. Alexa is a cloud base voice assistant service integrated with the speaker to perform certain task. For instance, you can ask Echo to read today newspaper, read weather update, check sport scores and more, though internet connection is needed. Saying any of these commands triggers Echo to connect to Alexa where it fetches the information and pass it to the user.

A remote control is included in the box, and Amazon Echo app is also made available for Android, iOS, Firefox OS, and even desktop browsers for accessing and controling the device anywhere anytime. Services supported are Pandora, Google Calendar, Prime Music, TuneIn, WeMo, Amazon Music, iHeartRadio, and many more.

Amazon Echo Speaker Will Do Exactly As You Say