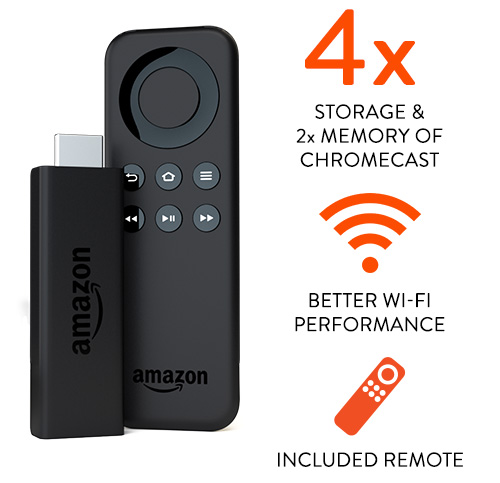 Google Chromecast rival has arrived just in time to turn the competition on in the UK. The Amazon Fire TV stick that was launched in Q3 last year has finally arrive to the UK. The stick can be hook up to TV via HDMI socket. But there is more to this device that miss the eye.

If you prefer not to use the remote, an accompanied app let you control the stick using your smartphone. There is an option in the app that will let users control the Fire TV stick using voice commands as well. An alternative remote is available that offers voice search though, but it’ll cost you an extra £24 ($36).

What’s more? You can cast what you are watching on your smartphone to your TV screen if you are using Amazon-made device or if your phone supports Miracast.