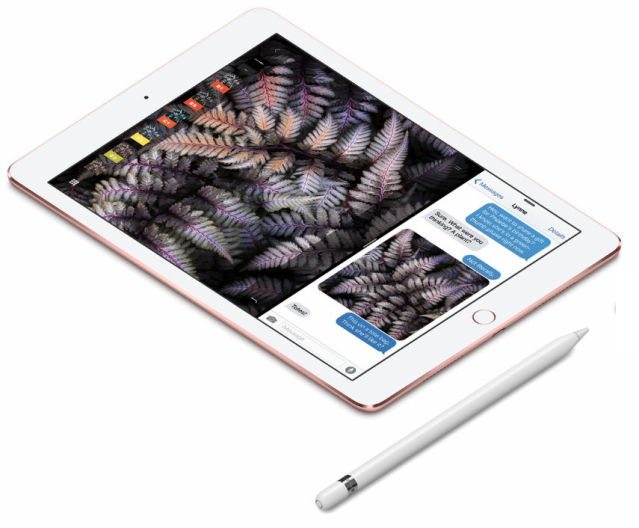 Alongside with the iPhone SE that was launched earlier, Apple also introduced iPad Pro 9.7, a smaller variant of its iPad Pro 12.9 that was released in September last year. The new tablet takes some of its specifications from its big brother including the third-gen A9X chip, M9 Motion coprocessor, and Touch-ID Fingerprint sensor. However, there have been some improvements in camera and operating system version it runs.

As could be seen on the specs list, the iPad Pro 9.7 comes in two variants, WiFi-only and LTE, both of which are further splitted into two three storage versions. The WiFi model costs $599, $749 and $899 for the 32GB, 128GB and 256GB versions, while the LTE variants costs $729, $879 and $1029 for the 32GB, 128GB and 256GB versions. All variants will be available on Apple official site from the 24th of March, and at Apple retail outlets in Germany, France, Australia, Canada, Hong Kong, China (Wifi-only), Japan, Puerto Rico, New Zealand, Singapore, United Kingdom and United States from the 31st of March. Other regions are expected to follow.