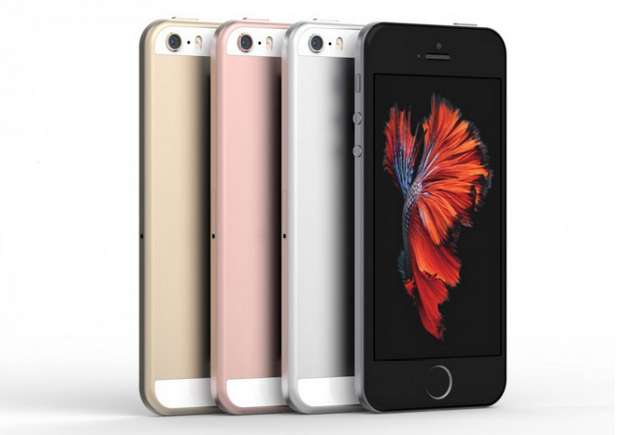 Apple has finally stepped out to launch its new iPhone smartphone as expected today. The Cupertino tech giant has introduced iPhone SE, its latest smartphone and the first in three years to feature a 4-inch display. The scope here is not only to make it pocket friendly, the company is well known for its distinctive character when it comes miniature display and compact classic look in the past, but things took a new turn last year when it introduce the iPhone 6 series. With the arrival of the new iPhone SE, we believe Apple is trying to get back on the old track.

The screen size might be disappointing for those that like something big, but the retina panel does compensate on the vivid and clarity side. Its resolution (640 x 1136) is not disappointing either, not a far distant from HD which should be more than enough for a 4-inch screen. Apple is using its latest chipsets, A9 and M9 chips, to power the device on the inside, so good speed and performance are guaranteed. These chips were first used on the iPhone 6s series, and so far there hasn’t been any complaints. They offers twice the speed of A7 and M7 chips, both of which are now nearing their extinction.

In photography, Apple is using the same camera sensor on its iPhone 6s for the new iPhone SE. We’re talking about a 12-megapixel sensor capable of recording 4K video at 30 frame per second. Disappointedly, the iPhone SE is missing on force touch technology.

The device comes in two variants, 16GB and 64GB versions, with price starting at $399 USD for the base model and $499 USD for the top model. It will be available in Grey, Silver and Gold colours starting from 31st of March in the United States. Other regions are expected to follow.