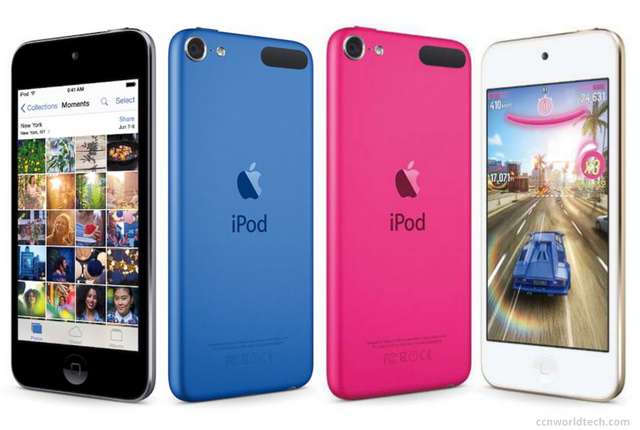 Apple has launched a new edition of its iPod touch today. The new version comes with Apple’s own 64-bit A8 chip that is more powerful than A5 featured on previous release (5th Generation downward). Also, it now includes a more enhanced 8-megapixel iSight camera with LED flash at the rear that can capture full-HD (1080p) video footage, while the front camera has been upgraded to 1.3-megapixel with HD (720p) video recording.

Besides the internal changes, Apple has added more colours to all its iPod series, including iPod Nano and iPod Shuffle, to further distinguish them from the former ones. They’re now available in Blue, Pink, Gold, Silver and Space Grey colors. Connectivity options has been further push up too, it now support Bluetooth 4.1 and Wifi 802.11 a/b/g/n/ac. There’s iOS 8 onboard. According to Apple, the device will be upgradeable to iOS 9 when released this fall.