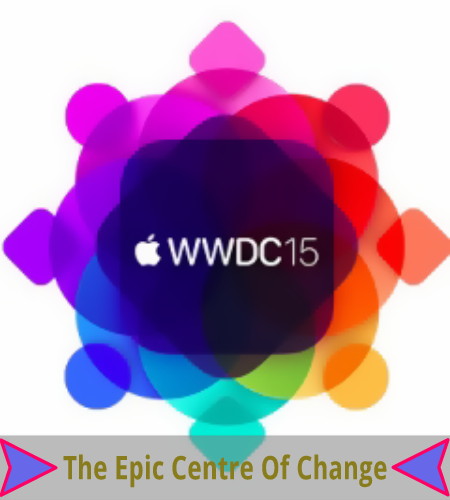 Apple took to the stage at its annual Worldwide Developer Conference, announcing several software updates along with the highly-anticipated Apple Music. After a 2-hour plus keynote, we thought a round-up was probably necessary, just in case you didn’t manage to sit through it all. So on that note, here is everything Apple announced at the 26th WWDC, in an easily digestible form.

OS X El Capitan is the latest software that will be heading for Apple Mac computers in Autumn 2015. There will be a Public Beta version available in July in case you fancy trying some of the new features out and it will be a free upgrade like Yosemite was last year. Several new features will arrive with the upgrade, including better gaming, improved search functionality and Split View for better multi-tasking.

As expected, Apple detailed the changes to its next mobile operating system – iOS 9. Numerous apps have been improved, from Siri to Maps and Split View has also been introduced to the iPad Air 2. A new app called News was announced, along with a new name for Passbook and Apple also introduced a toolbar with formatting options for Notes, to name but a few.

Despite the Apple Watch having been on sale for just six weeks, the second generation of its operating platform – watchOS 2 – was announced at WWDC 2015. Several features were detailed for the new platform including time piece functions, better communication and more watch faces including the ability to use a photo as a face. The platform also introduces Maps, Siri, health and fitness and more control for developers.

One of the most anticipated announcements was Apple Music, the new service wanting to be your sole point of access to all the music you need. Apple Music looks to address the fragmentation of music offerings in existence already, offering curated playlists, streaming, areas to connect with artists and a new radio station, called Beats 1. This new bundle of musical joy will pull everything together in one place and launches on 30 June 2015, costing $9.99 a month, or $14.99 for a family of six users. It will be available across Apple devices, with Android support coming later in the year.

A new Siri user interface was revealed at WWDC 2015 and Apple has said the assistant will be able to do far more in iOS 9.
Along with being “Proactive” learning your habits and what you like, Siri will also become more deeply integrated with Apple’s other apps including Mail, Calendar and Spotlight.

Apple announced that Apple Pay was heading overseas, launching in the UK in July 2015. In the UK, Apple Pay will be widely accepted, with most major banks signed up, as well as many stores. You’ll be able to pay on TfL buses and trains, at Waitrose and Nando’s amongst other outlets. iOS 9 will bring additional support for Apple Pay as the Passbook app transforms into Wallet. It will house your credit cards, store cards and reward cards, automatically registering your points when you come to pay. In the US, Apple Pay continues to expand.

Apple HomeKit was announced at WWDC 2014, hot on the heels of the home automation trend in an attempt to simplify it. Several manufacturers have already announced compatible products and more are set to come. At WWDC this year, Apple announced iCloud support for HomeKit, which means users will be able to control their devices remotely, as well as talking to their devices using Siri on the Apple Watch.