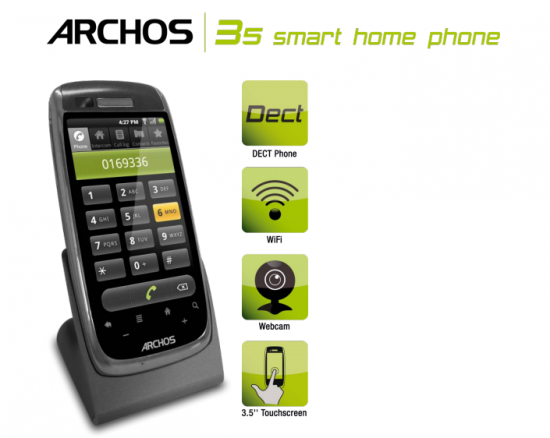 Archos has announced its Smart Home range of “Connected objects” which include smart plugs, motion sensors, mini cameras, and alarms.

The organization sees that market as one that will develop quick through the following few years.
All of the gadgets are connected through a central hub made by Archos. That central hub is an Android tablet called “Smart Home Tablet”.

The French company believed that gadget fans will prefer scalable solutions that they can add on to as time goes on instead of all-in-one packages.
Archos’ Smart Home starter pack has gone on sale in the UK and consists of the Smart Home Tablet, two mini cams, two movement sensors and two weather sensors.

The movement sensors can detect motion and door openings, while the weather sensors can turn your heating on or off.
The starter pack is priced at £199.99, while the connected object add-ons start at £29.99.

Other gadgets arriving later this summer include a smart plug to control power supply, a siren to serve as an alarm, and a motion ball to detect movement.