BBN 2021 Housemates: BBN is unarguably the most popular reality television show in Nigeria. On the show, the contestants live in an isolated mansion, competing for prize money, and avoiding eviction by the show’s audience. The show’s sixth season, Big Brother Naija: “Shine Ya Eye”, premiered on July 24, 2021, featuring 22 housemates.

We will also be telling you everything you need to know about each of them.

Organizers stated at a press conference on Monday that the Big Brother Naija 2021 housemates would be revealed to viewers on July 24th.

The BBnaija opening ceremony, on the other hand, took held across two days, on the 24th and 25th of July.

People in the diaspora can watch the event on the web and vote via apps that will be revealed at the event.

The show will be on for a total of 72 days

Boma is a 34-year-old footballer turned ‘mixologist’ who is also into modeling. He was the first to enter the house. He grew up in Yaba, Lagos, describes his childhood as “extremely tough”, having had to pay his way through school. 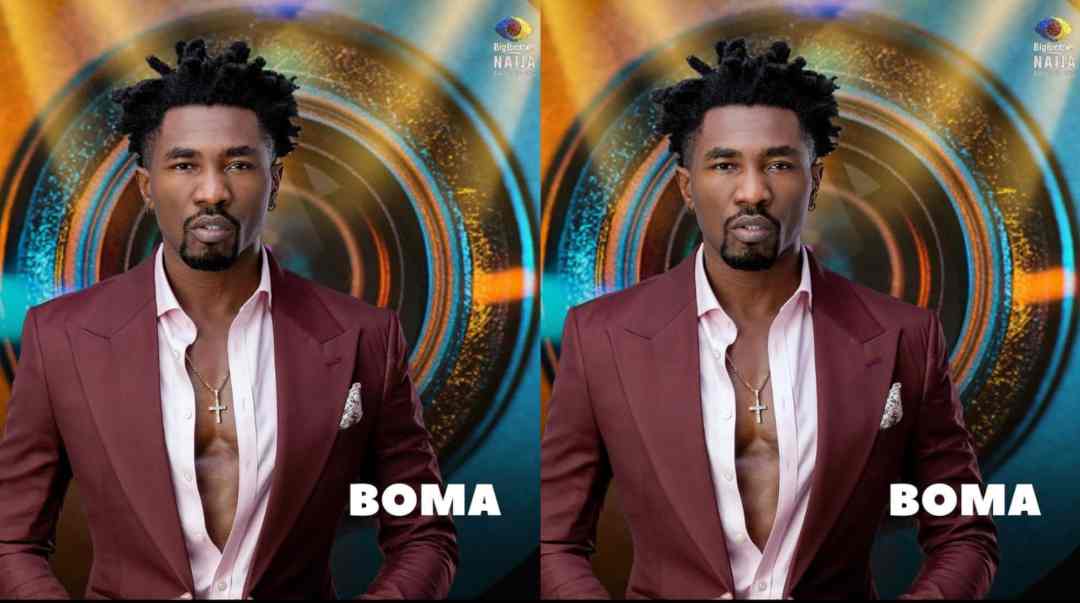 Boma of Big Brother Naija season 6’s first competitors. Boma, 34, was raised on the streets of Yaba, Lagos, by his single mother and grandmother. He recalls his boyhood as “very difficult,” owing to the fact that he had to work to pay his way through school. One of the most difficult decisions he had to make was to drop out in his last year because he couldn’t make ends meet, but his life’s high point came when he saved enough money to pay for film school, an accomplishment that was overshadowed by his graduation.

While hustling on his acting career, he makes ends meet by working as a bartender by night, and a masseuse by day.

Boma believes himself “exceptional” and characterizes himself as “attractive, clever, adventurous, strong, and fit.” He makes ends meet by working as a bartender at night and a masseuse during the day while pursuing his acting career.

Having had bouts of melancholy when his marriage collapsed and after sustaining an injury during football tryouts, he is resolved “never, ever, to give up”

Full name: Angel Agnes Smith. “My name is Angel, and it is appropriate because I am a goddess.”

Angel, a writer, and poet, enjoys writing, watching movies, and, most all, sleeping. She sees herself as a nice, easygoing person who enjoys telling stories.

If she’s not dancing in a club, she’ll be composing poetry on the beach. Angela likes writing, watching movies, and most importantly, sleeping. She describes herself as a fun, easy, likable person who enjoys storytelling, going to the beach to write poetry, and dancing at the club. 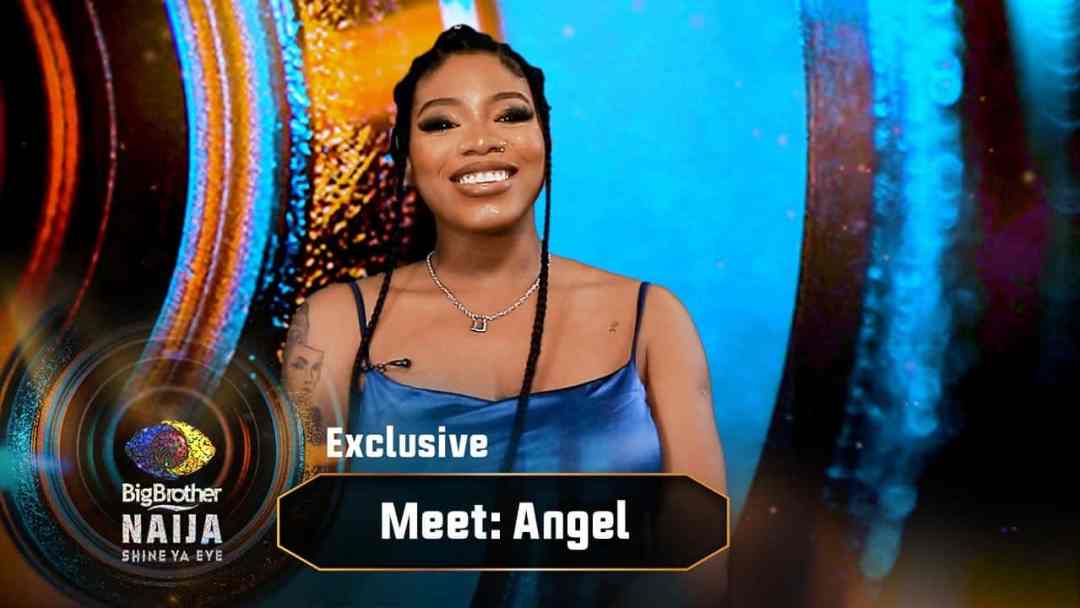 The 21-year-old is a proud feminist, and her friends describe her as a drama queen. She believes Big Brother Naija will help her kick-start her journey in writing and cinematography.

Okusaga aka Saga is a 28-year-old engineer who hails from Lagos State. He became the second housemate to enter the house.

He is currently based in Port Harcourt as an offshore engineer, though he has found a new passion for sketch drawing and has become celebrated for his hyper-realistic portraits. 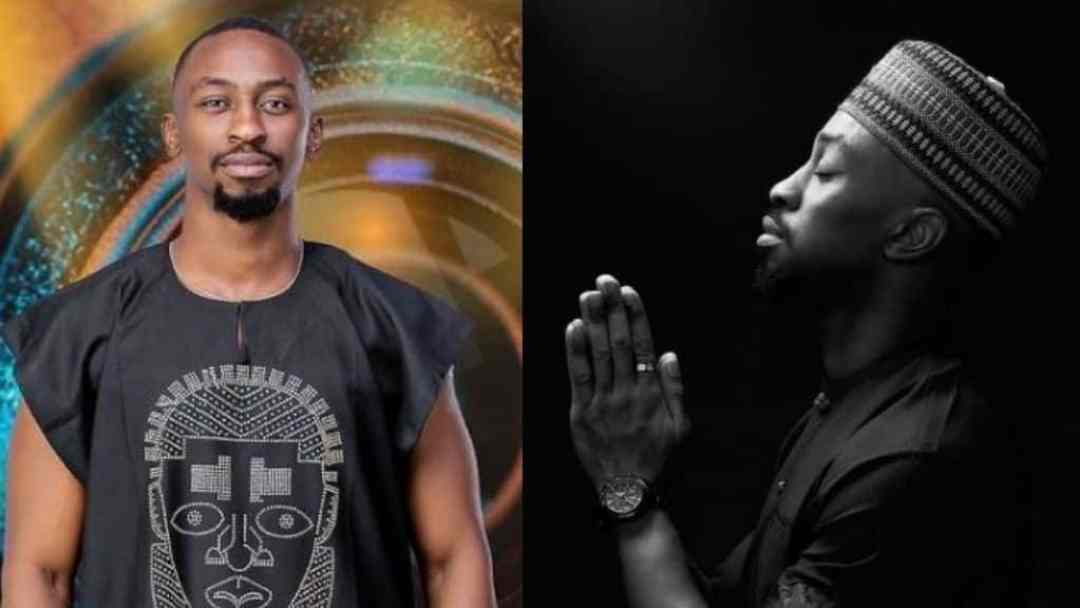 A 26-year-old entrepreneur from Port Harcourt with a burning passion for fashion and style. She runs a clothing store that keeps her busy.

She describes herself as “a fun, sociable, daring team player” and believes her multicultural background makes her relatable. Although she is always on the go, Peace is not afraid to power down and refuel her social gas by spending time with her family when the opportunity presents itself. 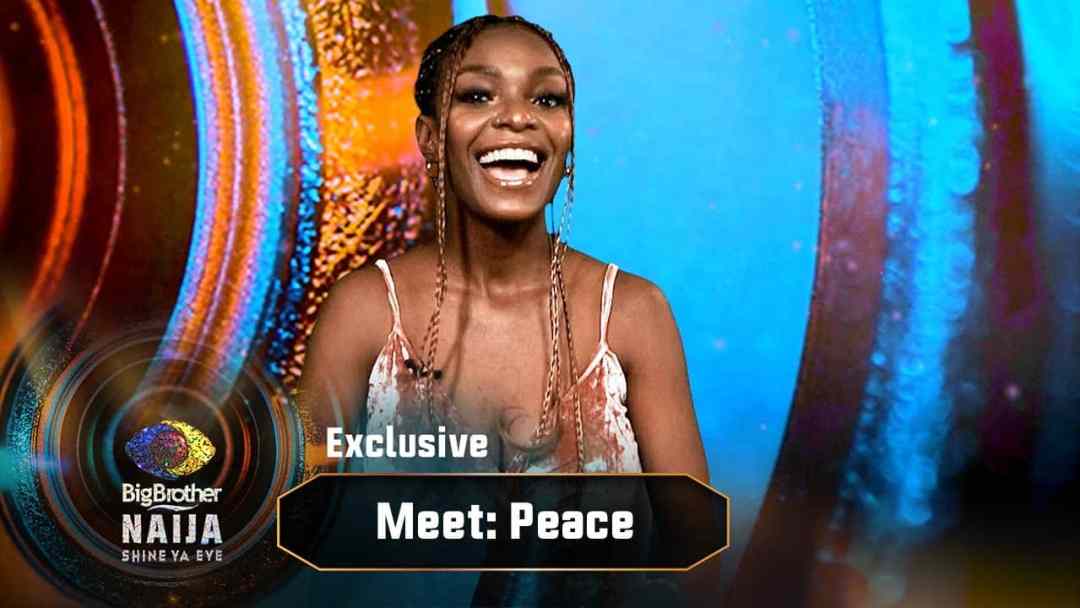 Yousef is a 29-year-old secondary school teacher from Jos Plateau State. He is also a model and loves looking good for the camera. He describes himself as a “soft-spoken, fun-loving, down-to-earth go-getter”.

Yousef is also a model, host, and personal trainer and confesses he can’t resist checking himself out in the mirror. 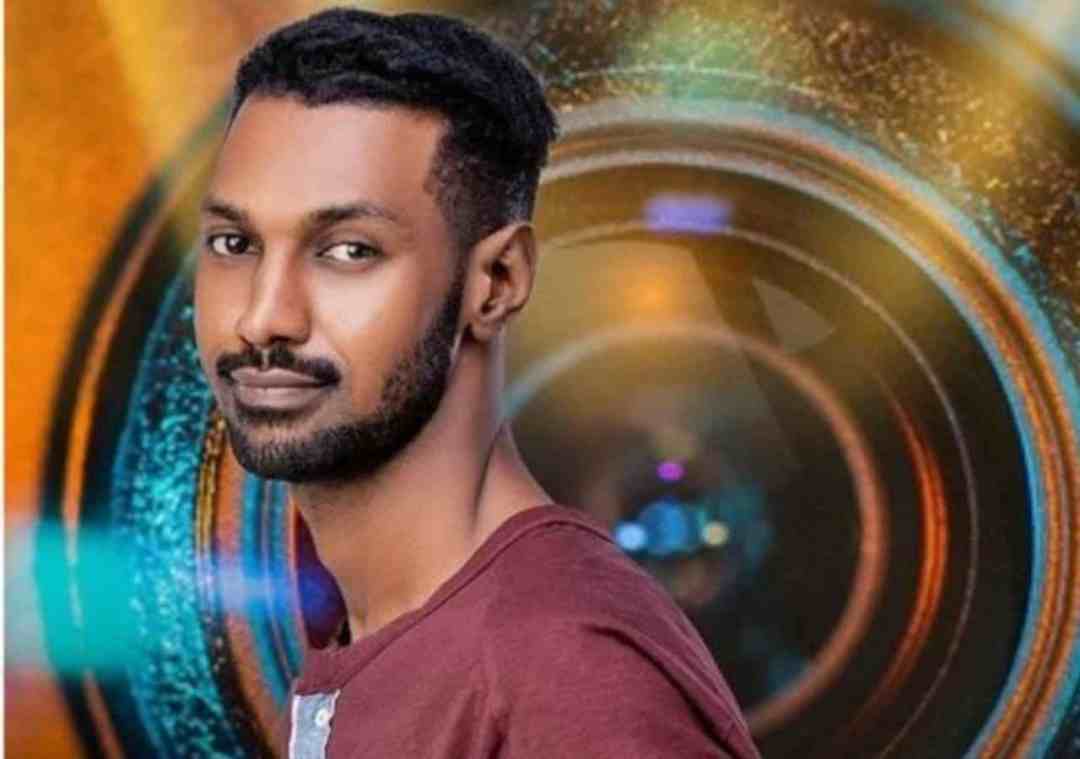 Jackie B is a proud single mum and hard worker with a passion for life. She is an interior designer and a certified event and wedding planner and went to university in the UK where she had her son. 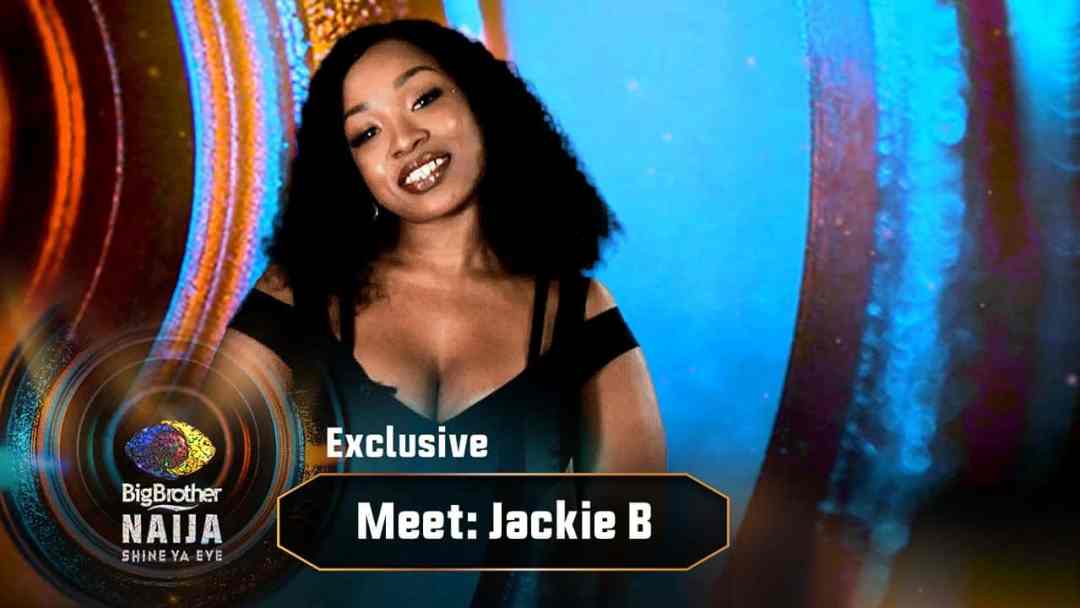 The 29-year-old loves having fun and spending time with the people she loves but also enjoys time to herself. She describes herself as an “introverted extrovert” and insists she is shy but confident.

Jackie is driven by money and success and wants to make sure she can take care of herself and her family. She always seeks adventure and gets bored very easily. She is also a resourceful and creative person who enjoys making life beautiful.

Warri-born Pere is a 35-year-old who once served in the US army. He was raised by a single mother and is the firstborn of two children. He is an actor and a real estate agent.

Pere believes change is the only constant in life and describes himself as “a spontaneous, adventurous person”. 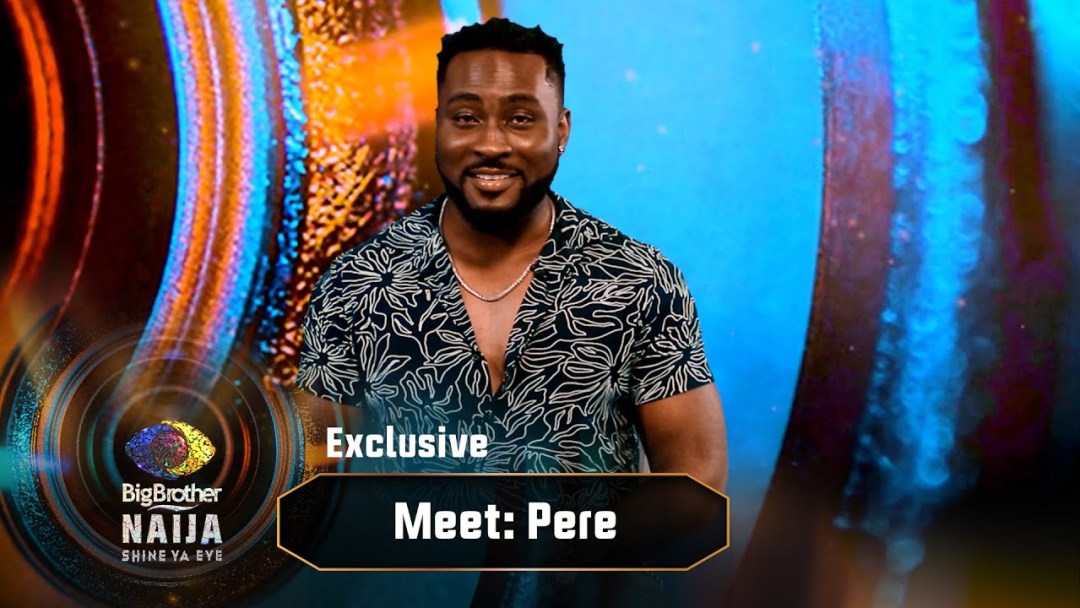 Arin is a 29-year-old feminist, fashion designer, and independent arts and culture curator dedicated to promoting the contemporary visual arts in Africa. Raised in a polygamous home in Lagos, she is an emotional, strong, creative, opinionated, and unapologetically expressive person.

Arin is eclectic, loves piercings, and loves to dye her hair blue. 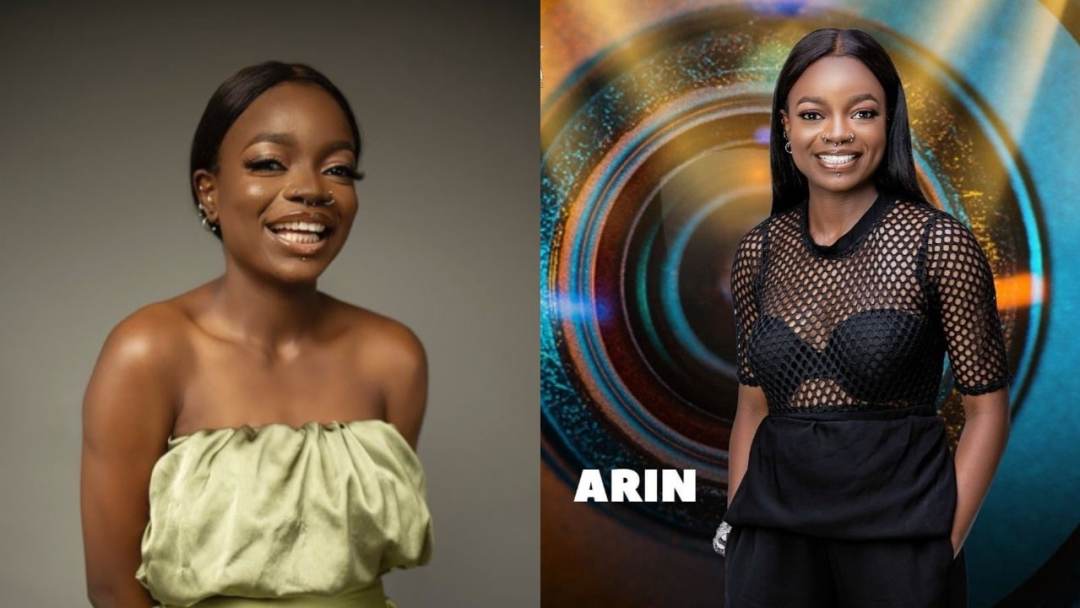 The 29-year-old Lagos-based businessman and entrepreneur, originally from Enugu State, believes he has a great aura and that his “swag speaks for itself”. His hobbies include driving, hustling, watching movies, and making music.

The highest point of his life so far happened recently, when he kick-started his designer shoe import business. 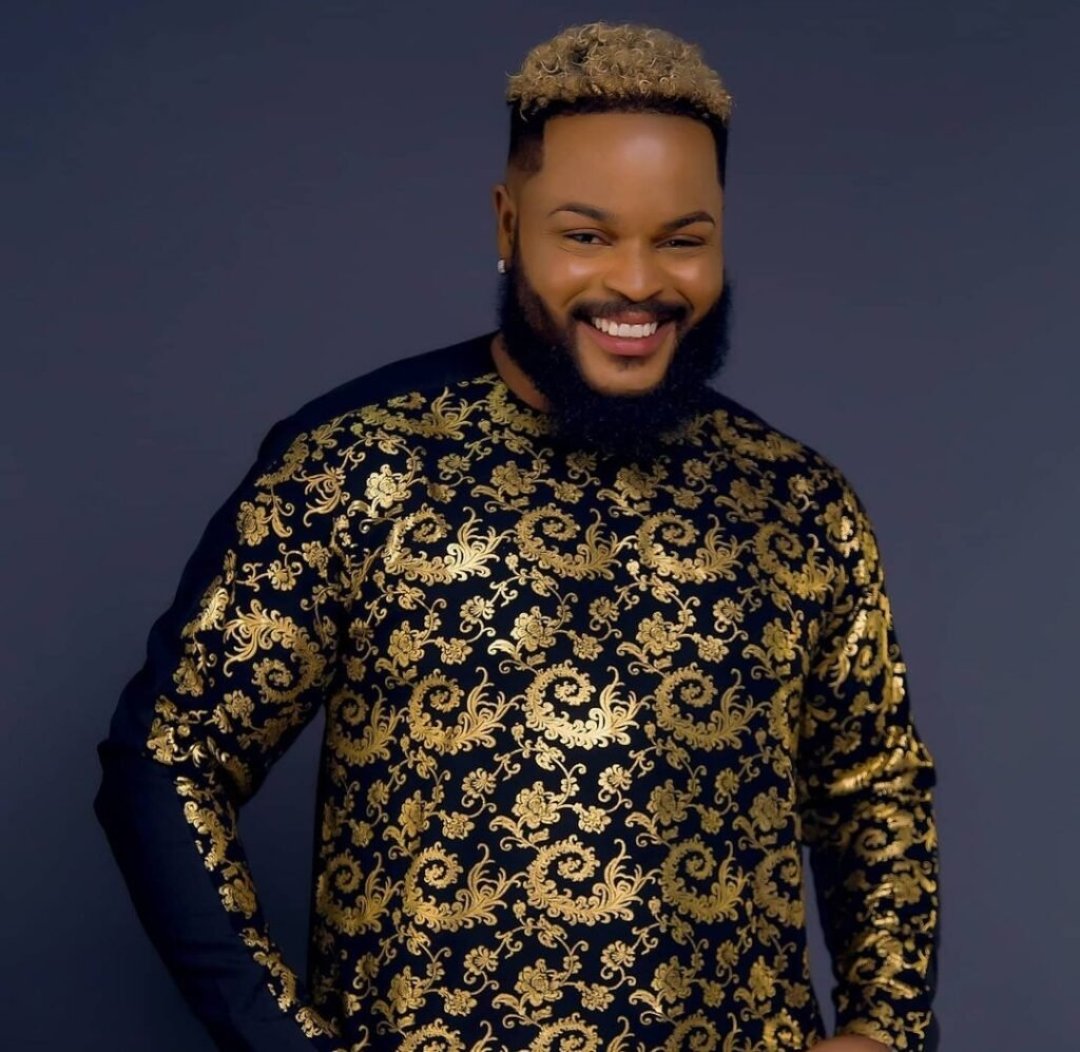 Roseline is a professional dancer who doesn’t do well with people who talk too much. She describes herself as “a down-to-earth go-getter” who can go from being a tomboy to a glamorous lady. 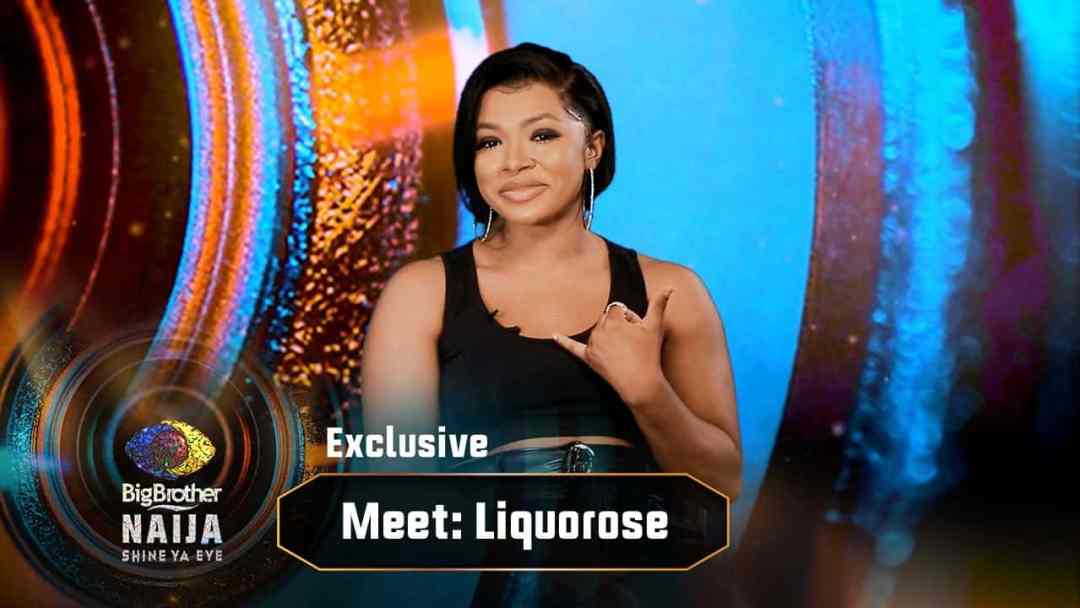 The 26-year-old loves singing, cooking, reading, and writing. She also takes pride in her talents as an actor and fashion entrepreneur. She’s a former video vixen who now leads a girl dance group.

Adeniyi Lawal is a 33-year-old from Oyo state. He wants to be known in the house as Niyi. The young man is spontaneous and likes to have fun. He is a married man. 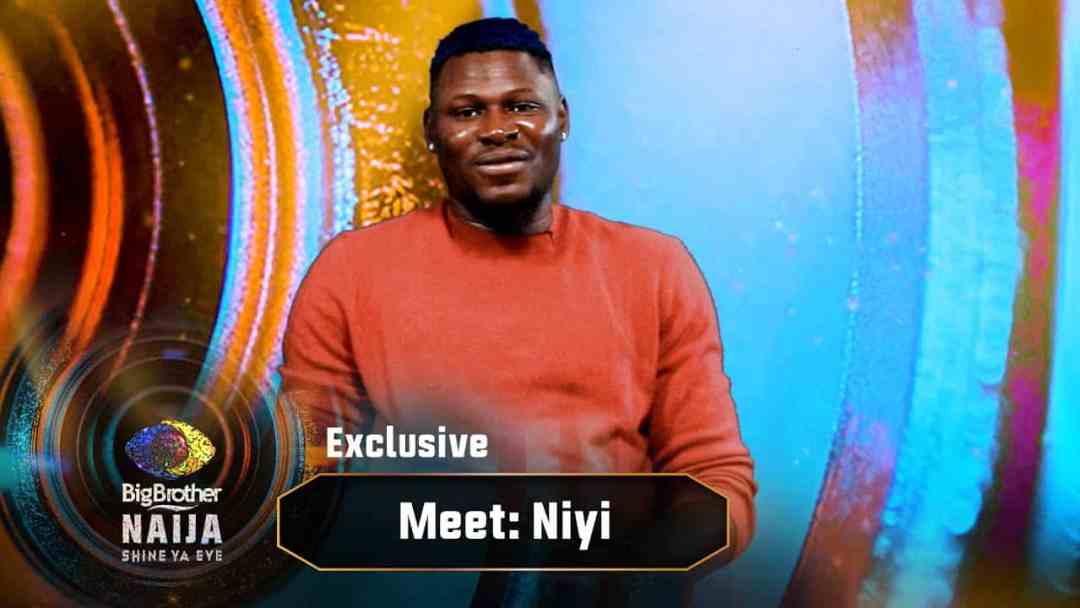 He is also an avid reader, an aspiring writer, and is fond of playing board games and card games – he even has a gaming license. A husband and father, Niyi describes himself as “optimistic, spontaneous and adventurous”, while others describe him as being energetic.

Maria is a 29-year-old former air hostess, turned realtor who enjoys cooking, exercising, hiking, acting, and dancing. She prides herself on being a loving and kind-hearted individual who is always looking for new adventures. Her travels have taken her around the world and to all continents, except Antarctica.

She describes herself as “a symbol of love in human form”, adding that “I can get extreme when disrespected to the fullest”. 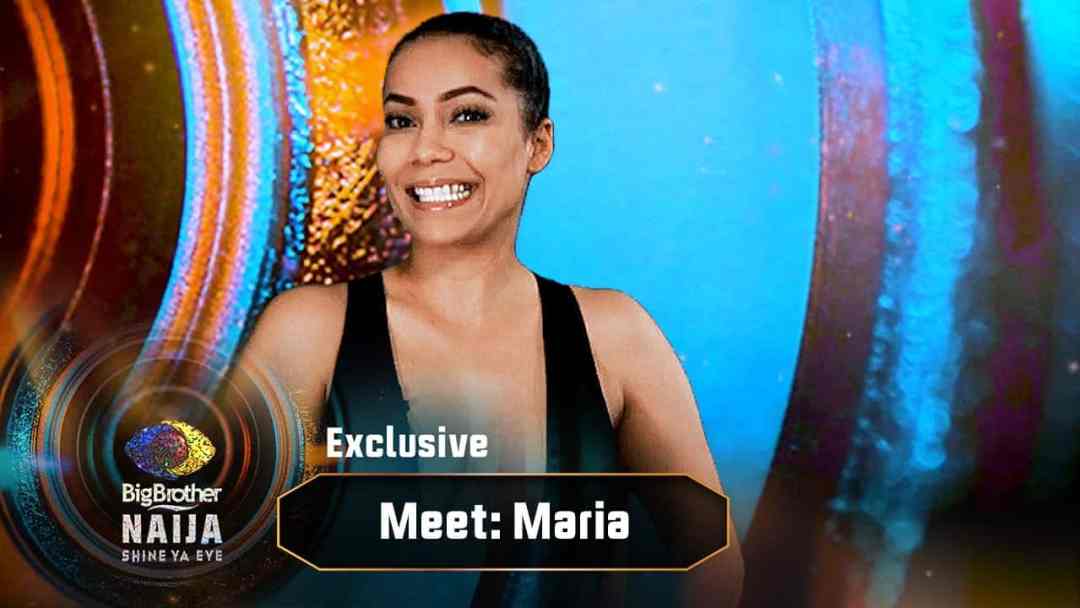 Yerins is a 27-year-old Bayelsa state indigenous. He is a medical doctor and a polymath. 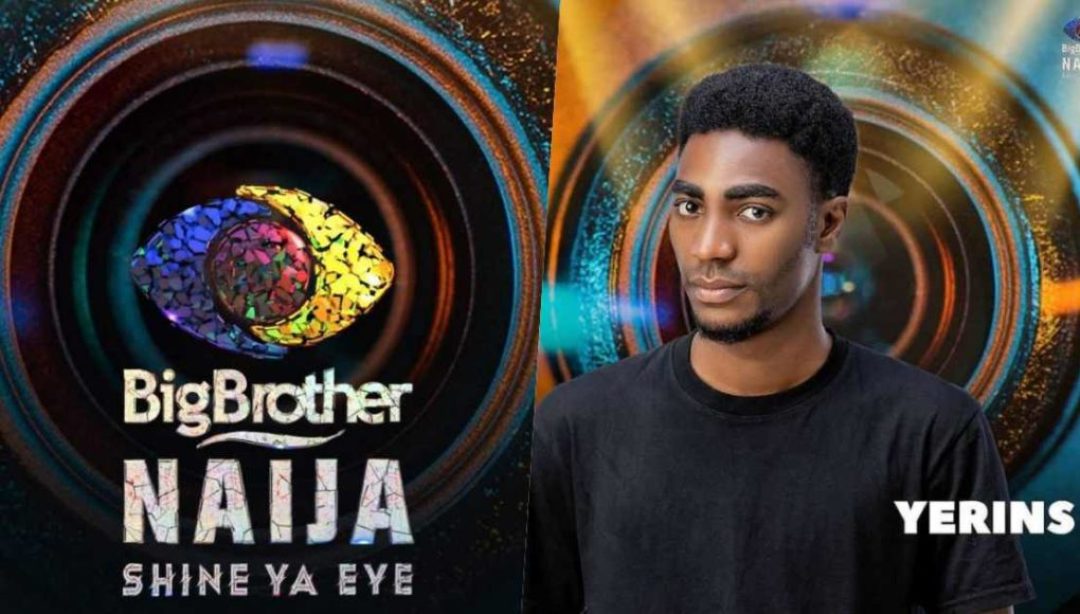 Describes himself as “a perfectionist, creative genius, lover of art and poetic rap music”. He sees himself as a renaissance man who isn’t confined to one profession or career.

The 28-year-old single mother of a five-year-old son is a fashion model and up-and-coming actress. She studied marketing at the University of Port Harcourt. 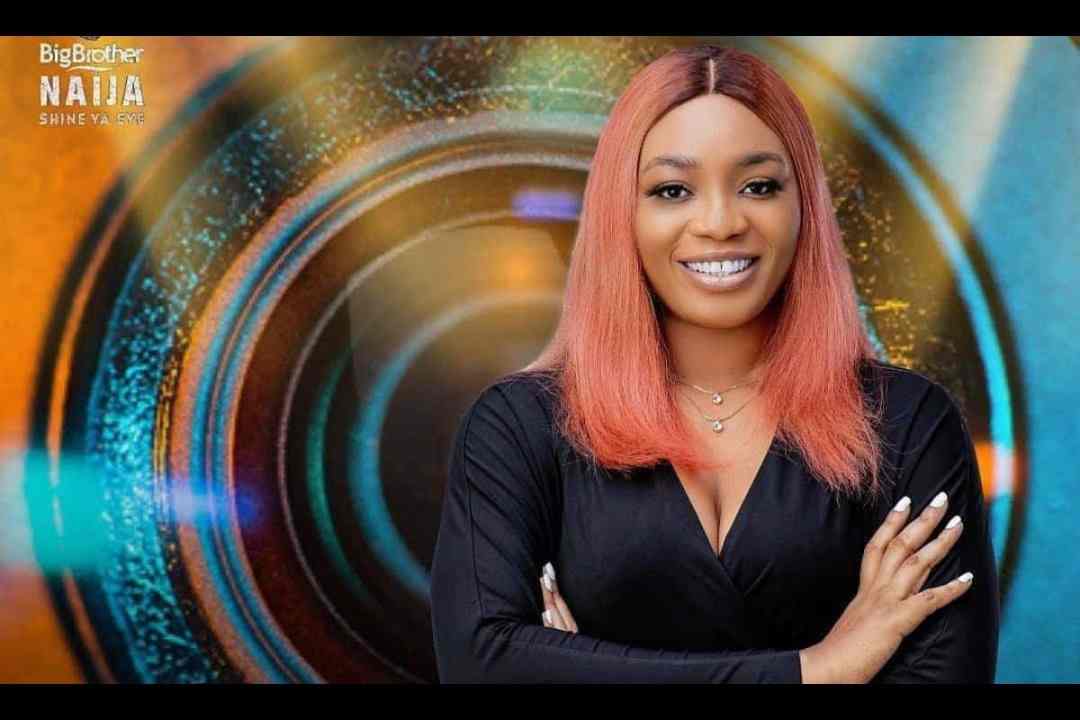 Her hobbies her dancing, singing, playing basketball and football. She’s also a great hairstylist and a talented software developer. She joined the Big Brother Naija house to showcase her interesting personality to the world.

Jaypaul is a singer and entertainer who is into many other things. He is a 29-year-old Lagos-based musician and actor.

He believes the Big Brother Naija House will be the perfect opportunity to help boost his already fledgling career in the Nigerian entertainment industry. 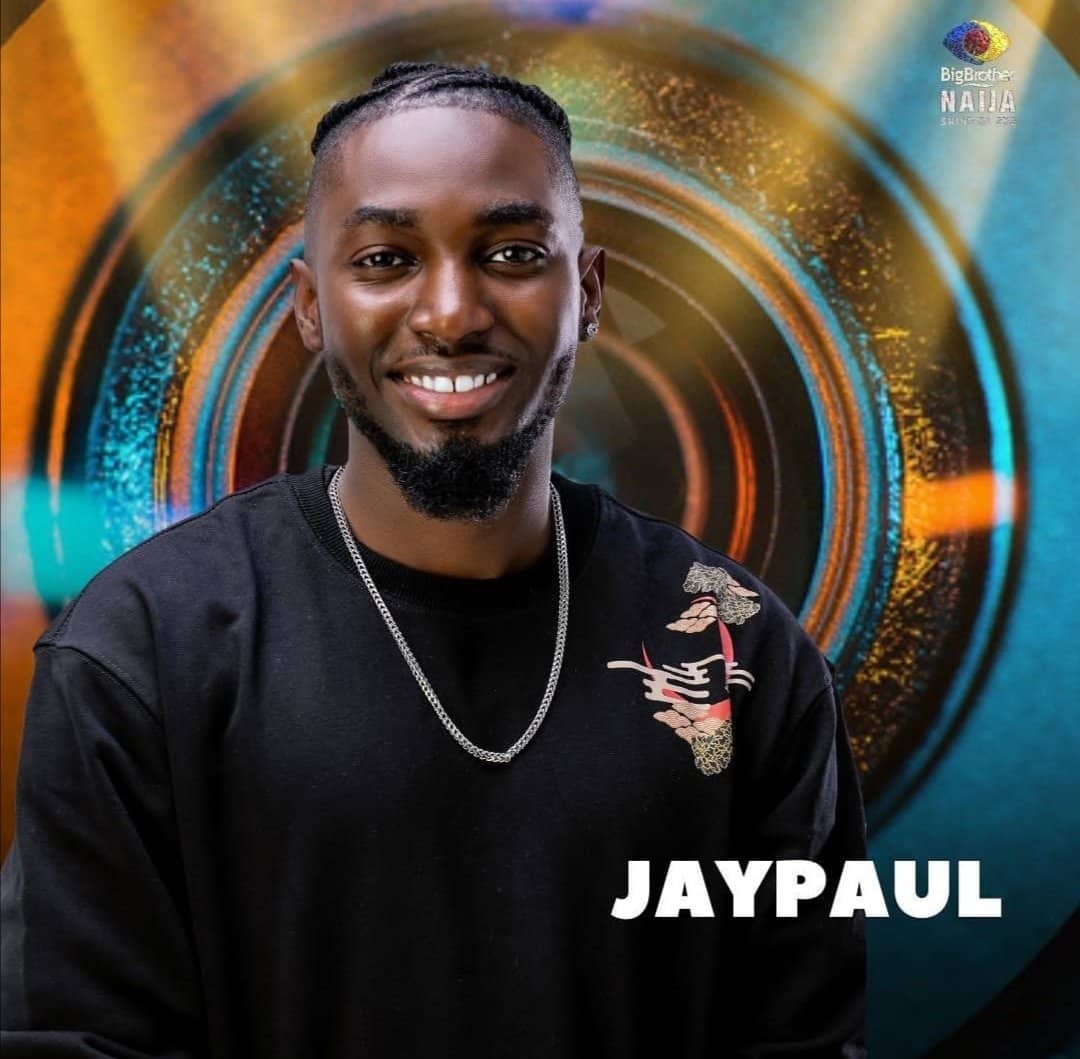 A fashion entrepreneur born and raised in Nigeria with four siblings and a mother she loves. The 27-year-old graduate of the University of Abuja has hobbies that include cleaning, cooking traveling, and photography. 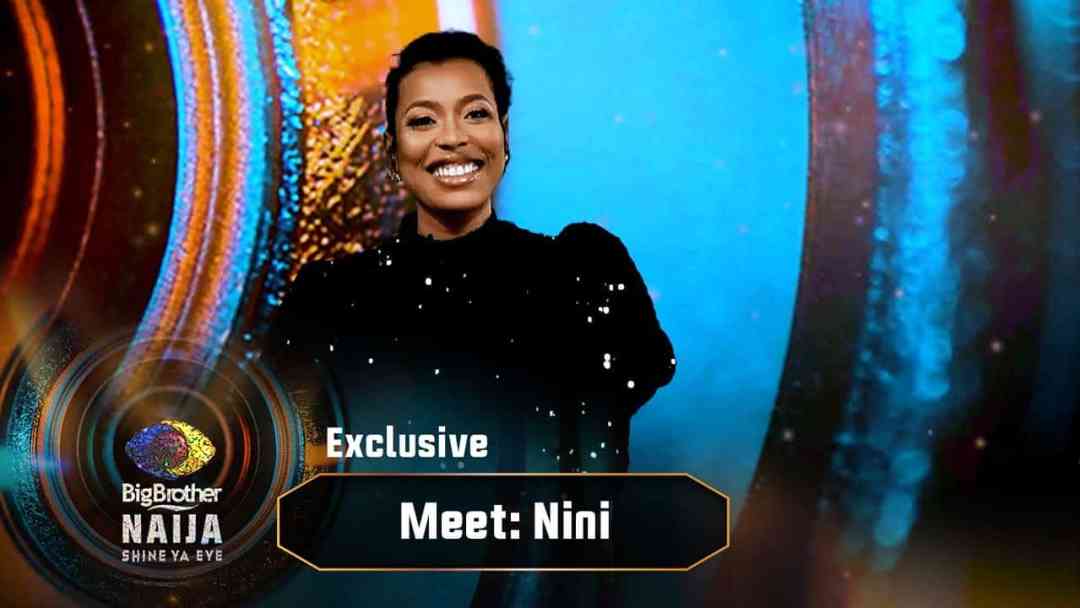 According to her, she’s “curious, dramatic, ambitious and fun” with a desire to be the center of attention. Nini believes the Big Brother Naija platform will change her life.

Emmanuel hails from Akwa Ibom but currently resides in Port Harcourt, Rivers State, where he owns and runs a fitness center and a unisex salon and spa. He is a 24-year-old model. He became the first Nigerian to win the Mister Africa International title since its inception in 2011. 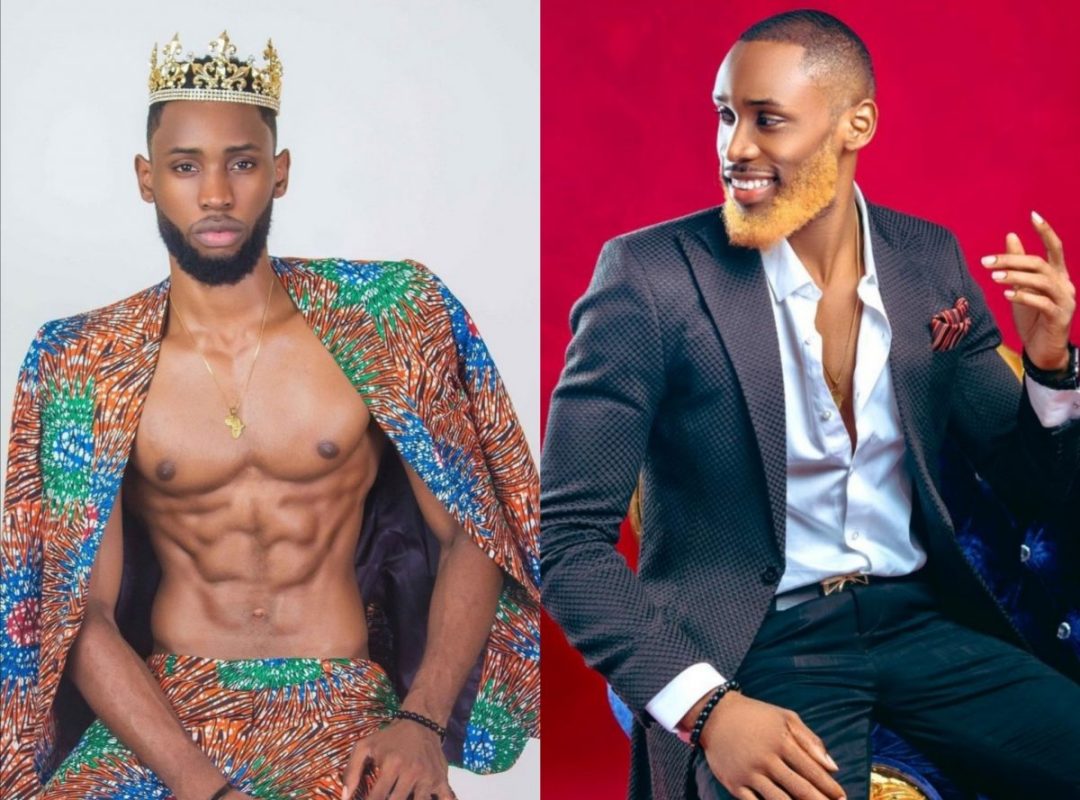 Currently single, he describes himself as a “sucker for love” and believes “a healthy relationship goes a long way to building one’s life”.

Princess Francis is a 30-year-old e-hailing service driver and business owner. She lives in Abuja and enjoys cooking, traveling, and watching movies. She takes pride in being a lovable, caring, fun person – and confesses she can be a little dramatic sometimes. “I got the drama from my mama,” she says. 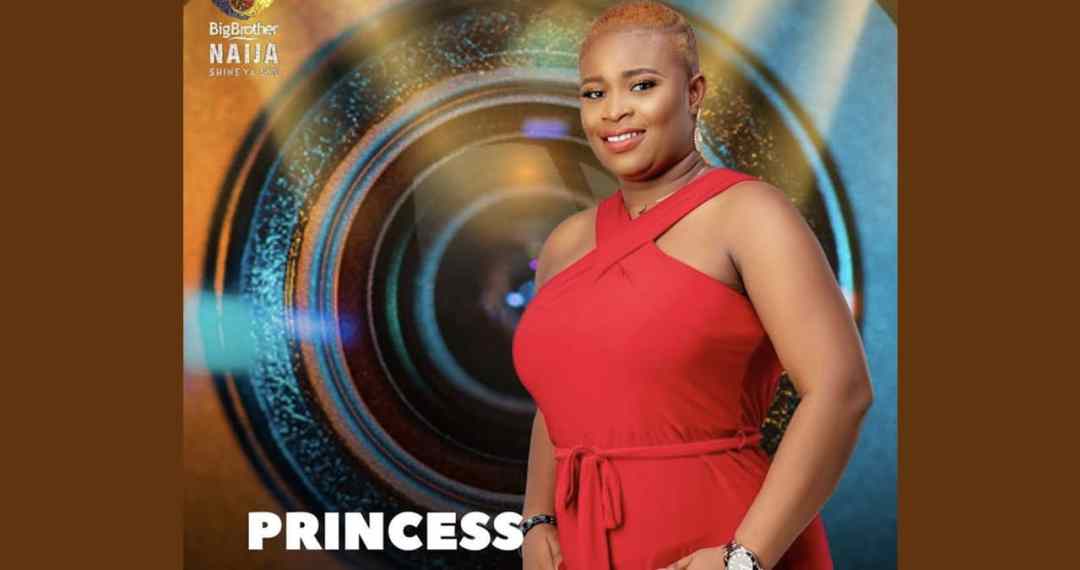 Princess is from Imo State and lists buying her very first car as the highest point in her life. Her lowest, on the other hand, is when she found out her dad passed away.

Princess reckons many things make her royalty, but none above her industriousness and the fact that she is a cool New Year’s baby!

Sammie is a 26-year-old amateur filmmaker and final year student at Ahmadu Bello University. He enjoys storytelling, videography, basketball, eating, and hanging out, and describes himself as “tall, handsome and charismatic”. 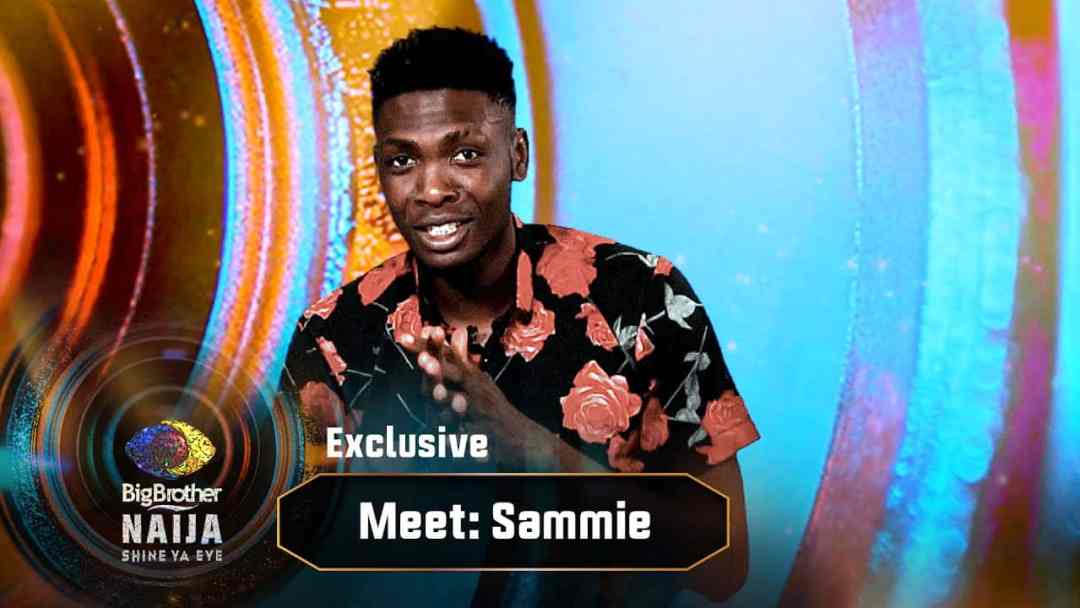 He admits he talks too much at times and sometimes ends up gossiping, because of the “great dialogue” he gets in his day-to-day conversations.

Saskay is a 22-year-old extrovert and lover of books. She enjoys all types of music and speaks of herself as “an embodiment of art”. Discovering her talents and skills and using them to impact others and improve her persona, while striving to find her space in the world, is what she considers to be a high point in her life. 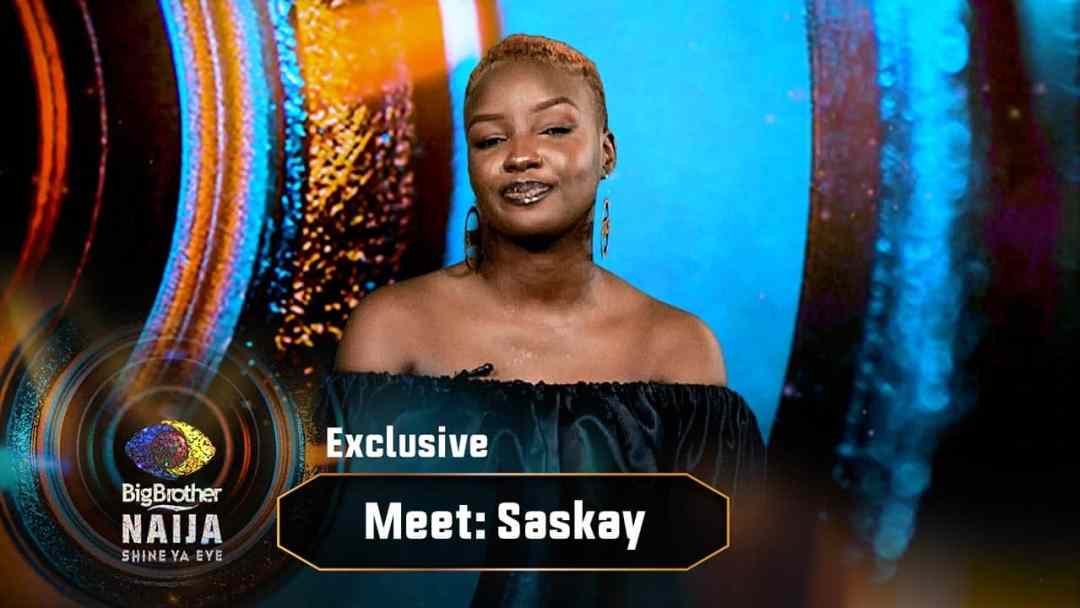 Although she was suspended from school in 2015, Saskay is having the last laugh as a fine artist and has even won titles such as ‘Model of The Year’ and ‘Female Personality of The Year’ at her university.

Lagos-based Cross is a fitness enthusiast and entrepreneur who describes himself as “a bad boy with a good heart”.

Although single, this 30-yer-old is not afraid to dole out the relationship advice and believes people don’t know that communication is the key to successful relationships. 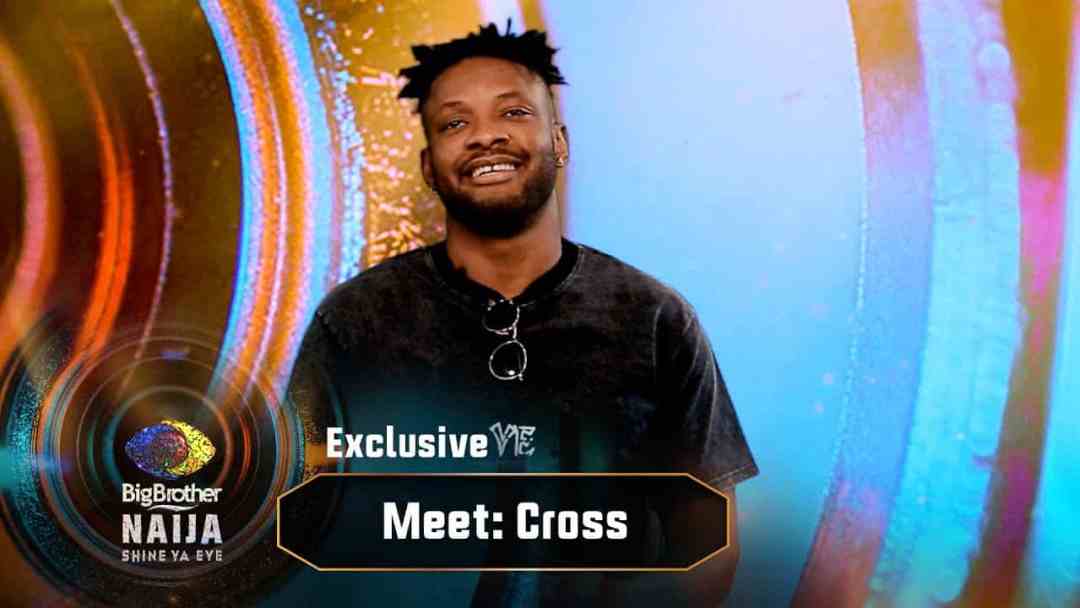 The 29-year-old mother of one enjoys dancing, traveling, DIY and photography. When she’s not doing any of the above, you can catch Tega swimming, or being the life of a party. 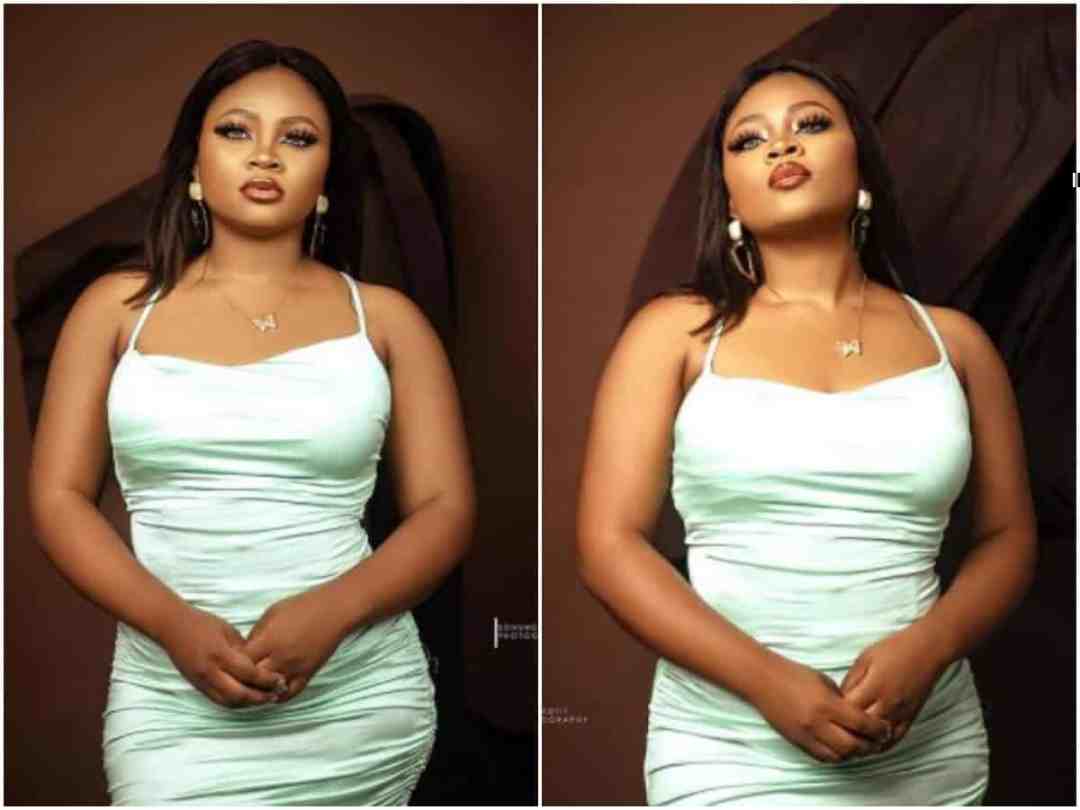 She believes motherhood changed her perspective on a lot of things, adding that she’s always looking forward to what life has to bring her way.

The BBN 2021 housemates in the show’s sixth season promise to give viewers the usual dose of laughter, drama, and tears synonymous with the reality TV show.

The contestants’ widely diverse backgrounds will certainly play a role in spicing up the show. Also, If you enjoyed this article, subscribe with your email for related materials and also share. Thanks

Playlist for a Date Night with an Amazing Curvy Girl

What Are Health Insurance Pre-Existing Conditions?