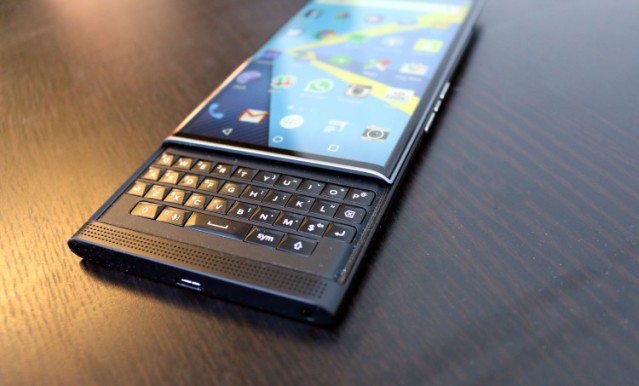 BlackBerry has started rolling out Android 6.0.1 Marshmallow update via OTA (over-the-air) for it first Android smartphone, Priv, in some regions, including the United States, Canada, United Kingdom and France. The phone which was released in October last year runs Android 5.1 Lollipop by default, and though the company has first introduced a beta program for testers earlier this year, this is the first global major update for the device.

The update brings new features onboard as well as fixes and security updates. First of all is the doze feature built into Marshmallow itself that maximize battery life by putting the phone into sleep state when not in use. The update also brings improvements to the camera, with a new option now available to record video in 4K. Within the DTEK app owned by BlackBerry itself, users can now chose which permissions to be available to a specific app installed on the phone.

BlackBerry launcher has experienced some modifications too and is now further customizable in Priv. Also, in BlackBerry Hub, users can now view notifications from Skype, Pinterest, Slack and Instagram. Android Security update for May is included with the update as well. For now, BlackBerry Priv with the model number “STV100-1” and “STV100-4” for the aforementioned regions are confirmed to be receiving the Android 6.0.1 Marshmallow update. Other models/regions are expected to follow.