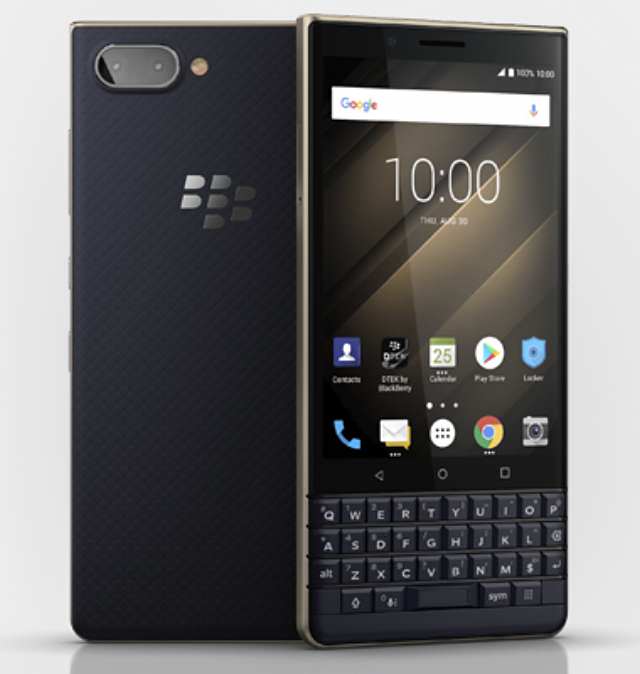 BlackBerry few months ago launched the Key2 and later introduced it in India. Today, the company has finally announced a lite variant of the smartphone dubbed Key2 LE. This is powered by a Snapdragon 636 chipset and not Snapdragon 660 as seen on the former. It comes in 4GB RAM model only.

The dual rear camera system is still there, but with a lower specs. The secondary 12MP telephoto camera has been replaced with a depth sensing 5MP camera, while the primary camera features a 13MP f/2.2 lens. Furthermore, the battery has been reduced from 3360mAh to 3000mAh.

The Key2 LE have all the bells-and-whistles that makes the Key2 great including a physical touch-sensitive QWERTY keyboard with a fingerprint scanner placed underneath the spacebar. The display is still 4.5-inch with Corning Gorilla Glass protection on top, and the 1620×1080 resolution is there to keep it accompanied. Android 8.1 Oreo governs the software as usual.

It retains most of the software features as well including app lock and dual app support. Moreover, the dedicated programmable “Speed key” is still onboard. The Key2 LE lacked the aluminium frame that the Key2 boasted of, but instead comes with a platic frame while retaining the soft textured back.