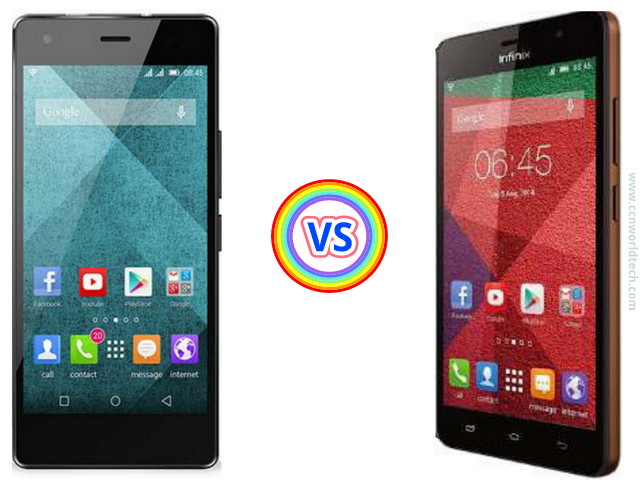 Infinix launched Hot Note X551 in February and it was gladly accepted by many Nigerians. Over 50,000 units were sold in the first week of its launching, making it the first smartphone in Nigeria history to hit the top spot in just a week. The firm however released another budget smartphone last week named Zero 2 X509, the successor of Zero X506.

The Infinix Zero 2 X509 also looks promising. Its specifications are attractive and we know it is also here to make history. For those that may have difficulty in choosing which is best for them, we took time to write detailed comparison between Infinix Zero 2 X509 and Infinix Hot Note so you can know the one that’ll fit your pocket as well as your needs. Both are attractive we won’t deny, but their differences and similarities are of different standard. So, here are their comparison.

Note: Infinix Hot Note display is 0.5-inch larger than Zero 2 X509, though they both sports the same resolution. Also, it uses IPS technology which produces more natural colors when compared to AMOLED display.

Note: In this aspect, Zero 2 X509 beats the game both in speed and multitasking, and that’s the basic requirement of every phone. Zero 2 will easily run task Hot Note might not be capable of running. The RAM doesn’t help neither.

Note: In photograpy, Zero 2 kills Hot Note. Extra 5MP at the rear and 3MP at the front are no joke. Clarity and quality of pictures most time doesn’t depends on megapixel, but it do help sometimes.

Note: The Zero 2 can save twice the data of what Hot Note can save. There is more than enough storage for saving heavy data, multimedia files, and applications on the first than the second.

Note: Nothing changes here. Both does not support 4G LTE (we aren’t expecting it anyway).

The Zero 2 processor demands more battery capacity than what is implanted in it. 2.0GHz octa-core with 2,300mAh is not enough (power banks might help). It would have helped if Quick Charging is onboard or a pre-loaded battery saving app, but unfortunately non exist.

You can be our Judge here. Hope we have helped made up your mind. Whichever you choose will serve you well depending on how you make use of it, that’s what really matters.