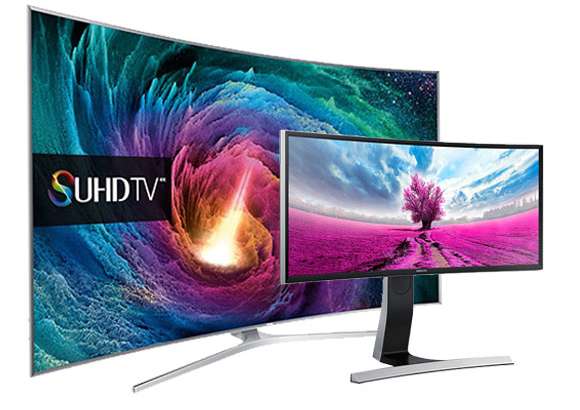 The Korean tech giant Samsung, has unveiled a new smart monitor for consumers on Monday named SE370. Unlike others previously launched by the firm, the SE370 has a notable feature that distinguishes it from the rest.

What seems to be major highlight of the device is its ability to wirelessly charge smartphones that support QI Wireless standard. This ofcourse erase the use of cords and cable, thereby making office desk more suitable to the eye. Also, there is no need of buying extra Charging mat (plate) as the monitor itself got you covered, reducing output cost and minimalizing energy consumption.

For instance, if you own Galaxy S6 (which supports QI wireless), all you need to do is placed it at a provided plate below the screen and an LED light will turn on indicating that the phone is charging. The Samsung SE370 comes in two screen sizes, 23.6-inch and 27-inch, both offering full-HD (1920 × 1080 pixels) PLS display resolution with 1000:1 contrast ratio and 178-degree viewing angle.

The curve screen monitor comes with Eco Saving Mode that reduces energy consumption by 10 percent and also includes a smart feature called “FreeSync”, powered by AMD Graphics, enabling a response time of 4ms during gaming. Connectivity options onboard are DisplayPort, HDMI port, and 1 D-sub. It is Windows 10 compatible as claimed by Samsungb.

However, availability and pricing details are yet to be revealed.