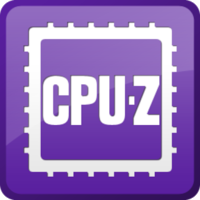 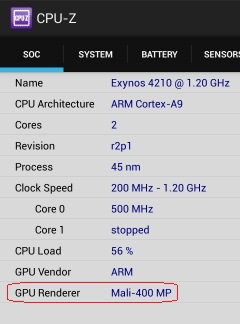 CPU-Z is an app developed by CPUID that show mobile phones inner specification as well as hardware details. It shows the full description of the hardware the phone is using and the SoC platform the processor is based on. There are four main tabs, the first shows the details of the processor the smartphone is using as well as the GPU details such as CPU Architecture, CPU process, clock speed, GPU Vendor, GPU renderer, Revision, Core, CPU load and scaling governor.

The next tab shows the system information, such as phone manufacturer, board, kernel version, screen resolution, Android version, kernel architecture and many more. Battery details such as health, power source, temperature, voltage, level and status are display in the third tab. The last tab shows details of the sensors equipped with the phone.

Almost all Android smartphones have  accelerometer and proximity sensor, but some comes additionally with compass, gravity sensor, light sensor, temperature sensor, barometer and humidity sensor. CPU-Z sensor tab shows all the sensors that the phone have and their readings, which is very useful. It would have been good if this app has widget that shows all the readings on the homescreen, but besides this, it still remains one of the best tool every Android phone users must have.

Spirit FM For Android: A Radio That Works Without Internet Access

Next Glass App Will Choose Drinks That Suit Your Taste