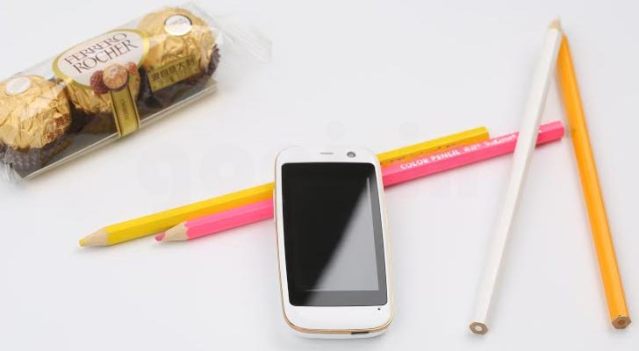 Elephone is growing bigger and stronger, we can’t deny that, but its new device which is expected to launch very soon may put a stunning face to what is call BIG. While smartphones with 3.5-inch display are silently going extinction and what we consider as smallest display in this present age is 4-inch, the new Elephone device called Q possess a 2.54-inch TFT display with a pixel resolution of 240×432, and runs Android 4.4 KitKat OS, which auto group it as smartphone. Infact, we wouldn’t have called it a smartphone if not for the sake of Android operating system it runs.

You might ask, what am i going to do with it? Well, the answer is pretty simple, you are going to do everything you do on your big smartphone on it. It comes with a 1GHz MediaTek chipset coupled with a 512MB of RAM, which should be enough to play Pokemon and use Live Wallpaper. A 4GB built-in storage even lets you download and use more applications, and there is a MicroSD card slot onboard to store heavy files and data. The Elephone Q has a 5-megapixel camera at the rear for capturing those beautiful moment (beautiful?), while a VGA camera is placed at the front, probably for video calling. 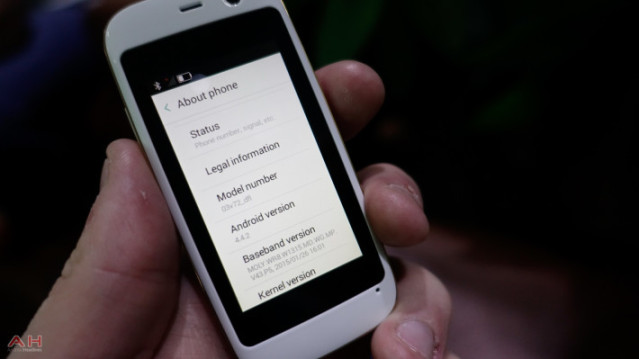 This tiny device does have a special features though, which your biggy phone may not have. It can be used both as a smartphone and as a wearable fitness tracker. The fitness tracking comes handy during recreational activities with built-in Pedometer feature. It even has a place where you can hook up a neck chain and wear it as a badge. On the connectivity front, the Elephone Q support Bluetooth, Wifi, 3G, 2G, aGPS, and FM radio. It is turn on by a 550mAh battery, which can deliver up to 4 hours of talk time.

We’ll let you know when it goes official.