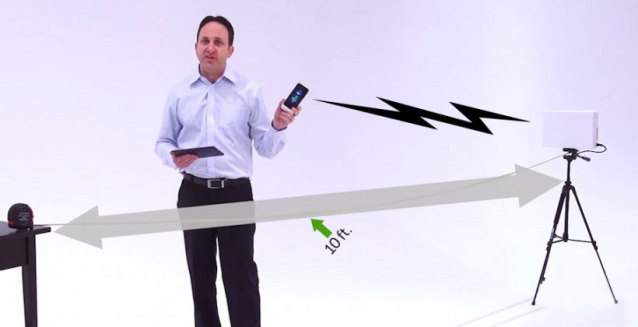 Wireless charging is no longer strange as almost all recently launched devices ranging from smartphones to tablets comes equipped with one. Its disadvantages, more than its advantages, discourage most people of using it. I myself prefer to use my normal wire charger than to use wireless charging functionality on my phone, why? It is costly, it’s delicate, and it also restrict free movement more than a wire charger does, but something new is here that seems to have attend to those issues mentioned above.

At CES on Tuesday, a firm known as Energous has unveiled what we might called “A True Wireless Charging” tech device called Wattup. Unlike other wireless charging kit that requires placing a device on a seperate plate, Wattup can deliver wireless charging up to 20 feet distance and it does not requires any special plates for it to work.

Much like a Wi-Fi router, the Wattup is plugged in at one angle of the house where it can be charged using an available electricity and can deliver electric charge in a mixture of RF (Radio Frequency) to any supported device withing 20 feet range. The device is capable of charging your phone even when in your pocket as long as you are within the transmission range.

That’s a huge jump in wireless charging technology. However, Wattup may not debut until 2016, but it is worth watching out for.

Sexual Intercourse During Pregnancy: Everything You Should Know