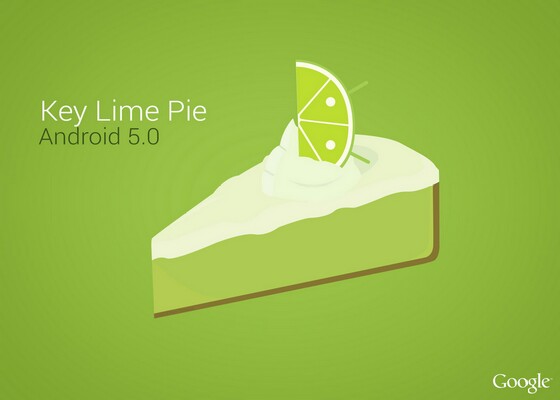 Most people are thinking will there be another Google Android OS besides Android 4.4 KitKat? well, a new Android OS version is almost certainly in the work at Google. Rumour suggest Android 5.0 may be released before the end of this year. Though the Android 5.0 OS version may look much like Android 4.4 KitKat, it will streamline many of Google’s integrated apps, change icon styles and gain several new features.

Google has always been known to give sweet flavoured codename to each version of Android released by them and they are all in alphabetical order, it first started with Android 1.0 with the code name “Apple Pie”, then followed by Banana Bread, Cupcake, Donut, Esclair, Froyo, Gingerbread, Honeybomb, Ice Cream Sandwich, Jelly Bean and KitKat. Read full history of Android.

The code name has not been given out for Android 5.0 but currently Limepie, Lollipop and Lemon Meringue are the three most popular rumour going round. They are all rumours and suggestions ofcourse, we may not be seeing Android 5.0 this year, Google may decide to release Android 4.5 rather than a brand new Android OS.