The first day of the three days of Huawei annual developer conference (HDC 2019) that started on Friday saw to the unveiling of Huawei’s first full-fledged multi-device open-source operating system dubbed HarmonyOS. On the second day, which is today, the firm has introduced its first smart TV at the ongoing event.

The sides frame are metal, and it has a diamond texture on the back. Huawei does not revealed if its new TV uses an OLED or IPS panel, but the company said that the display have 400 nits brightness and 178-degree viewing angle, and that it has an 87% NTSC color gamut. It is 6.9mm thick at its thinnest point. 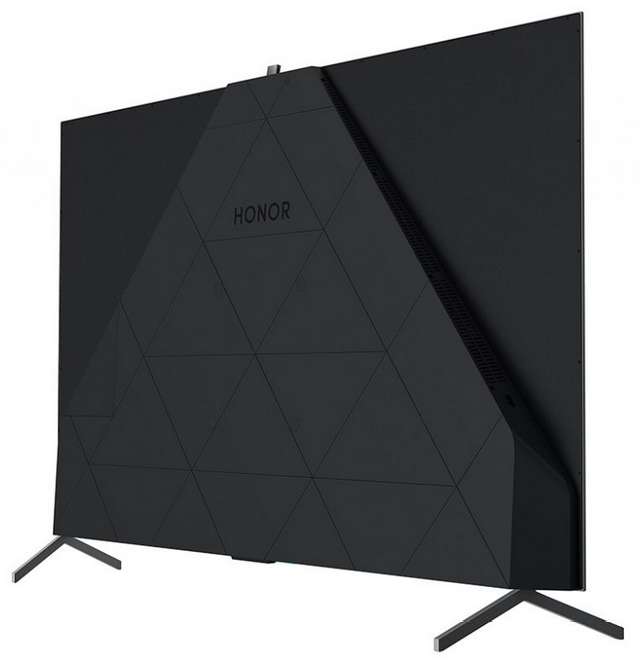 The pop-up AI camera can track face and can seamlessly transitioned between large and small screen during video call, irrespective of the distance. Six far-field microphones integrated makes sure voice is heard loud and clear at far distance from the TV. Moreover, users can use the pre-installed voice assistant to control the TV.

The large screen cater to immersive viewing, but to make the overall entertainment enjoyment more inducing, 40W speakers (4x10W) are equipped on the normal version, while the Pro version comes with 60W speakers (6x10W) – both enhanced by Huawei Histen audio technology.