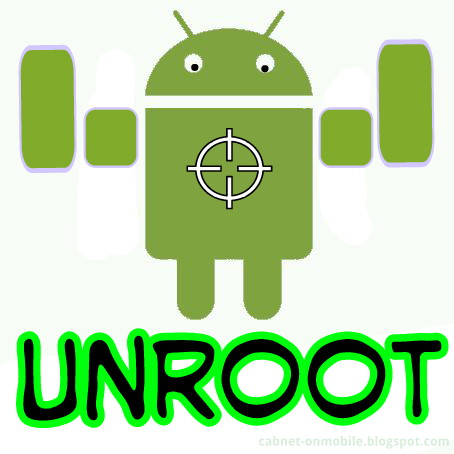 Root has become a necessary, compulsory way of life for Android users who doesn’t want to be limited to default resources provided with their Android phones, but want to experience the freedom of choosing what they want and have what they need as their heart desires. Root is good ofcourse, it makes you more superior and have more dominion against manufacturers will.

While system apps can be filled by manufacturers with bloatwares that are mostly unwanted, unneeded and yet share the space that is not even enough, root gives you the permission to flush them out which in-turn free more storage space and RAM. Another advantage of root is it gives you the power to “fully” customize your Android device as you want without any restriction, it also pave way to further enhance your phone with thousands of apps available for tweaking system settings and getting more juice out of your device which requires root. But there are also some disadvantages that worth taking a look at.

One of the the things that scare people from rooting their phone is inability to update to latest firmware. Once a phone is rooted and superuser is onboard, it cannot be upgrade to latest firmware release via OTA (over-the-air) by manufacturer, either manually or automatically. For instance, Samsung Galaxy Note Edge runs Android 4.4 KitKat out-of-the-box, rooting it denies you of receiving Android 5.0.1 Lollipop update, and even if you receive it your phone won’t be able to install it.

Rooting Android phone also void warranty. You buy a phone on day 1, you root it on day 2 and the next day the screen goes blank, service centres have the right not to receive it back or exchange it for you once they detect you have tempered with the system. Another disadvantages of rooting Android phone is it open doors for malware and weaken security. Malicious third-party apps can gain direct access to your system file without your permission and extract your private data.

Honestly, there are much risk involved in rooting and there are benefits to be ripped as well. Now listen (or read?) attentively, root isn’t that bad as you think but we can assure you that once a phone has a root access, even if it dies it can be bring back to life. Not by magic but by blowing a new life into it. What is life in Android phone? ROM and Kernel.

We are not here to explain how to wake up the dead (maybe next time) but to help you out incase you want to revoke from being a rooted user to an unrooted user due to some reasons we have mentioned earlier. There are three methods we will be sharing on how to unroot a rooted phone without PC.

What create root is superuser, without superuser there is no root. So, simply removing superuser access auto remove root permission which also unroot your Android phone.

Android phone can be unroot via Superuser apk app. This is the easiest way and it is very straightforward. There are currently two popular root managing apps, Superuser apk and kinguser. Most of the commonly use rooting apps normally install superuser, if your phone has Kinguser installed then move on to 2nd method. Follow this steps to unroot your phone via Superuser.

If you gain root access via Kingroot or Kingoroot app or any other rooting apps that install Kinguser for giving root permission, then follow the steps below to unroot. This is most common to Chinese-made Android phones, most of them comes with Kinguser pre-installed while some such as Tecno and Infinix phones can only gain root access easily by Kingroot app. Common Tecno and Infinix phones that falls to this category are H7, H3, M7, L7, R5, M3, H6, Phantom Z, Phantom Z Mini, Infinix Hot X507, Hot Note X551, Tecno Y3, Tecno Y4, Tecno Y6, Infinix Hot X510, Tecno Boom J7, Infinix Hot Note 2 e.t.c

For stubborn phones like some Samsung, Sony and HTC series, the methods listed above may not be very effective. Here is how to get rid of root access on them.

i.) OTA Rootkeeper: A very effective unrooting app that keeps root at bay when unneeded and calls it back when needed. Rootkeeper makes it easy to upgrade to latest firmware and still retain root access without loosing it. Firmware update most time remove root access and people always find it difficult to root their phone after the update has installed, this is where Rootkeeper comes in.

It can temporarily unroot and make phone fit to install update and then put the root back after the OTA update is over. It is light and very easy to use. Download OTA Rootkeeper

ii.) Universal Unroot: A one click permanent unroot app that can remove superuser without stress. It doesn’t offer temporary unroot as OTA Rootkeeper does and works only on phones that runs Android 4.2.2 Jelly bean and below. Not fully recommend for Samsung Galaxy devices as it only supports older models but you can give it a try, it may works for you. Download Universal Unroot

What brings this topic? An anonymous visitor made a comment on one of our post requesting for the answer on how to unroot Tecno and Infinix smartphones. Though we promised next week to give him/her reply but here we are with the answers already.

If you have any problem regarding your device or have any questions, don’t hesitate to ask us. Find this article helpful? Please share.