Premier Information and Tech How Tos Online
Home Android How to Fix Compass, Gyroscope and Other Sensors Not Working on your... 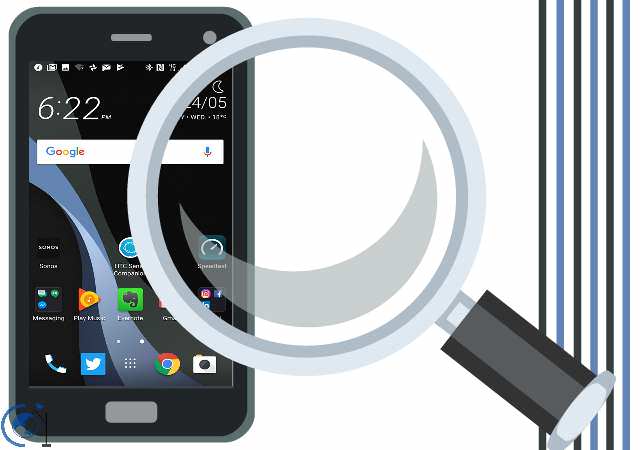 If you are facing difficulties or having problem using any of the sensor on your HTC Android phone, including the accelerometer, proximity, gyroscope, and compass/magnetic field sensor, after flashing a new custom ROM or upgrading from one API level to another, then this tutorial is meant for you. Addicted flashers most time experience this issue after flashing custom ROMs on their Android device, I’ve once experienced the same too, but fortunately I was able to sort it out. This tutorial is meant for all HTC phones running any Android version and Sense version, including the latest.

Few years back I bought HTC One Max on eBay which comes installed with the official stock Android 4.3 Jelly Bean with Sense 5.5, after few weeks of use I decided to upgrade it to Android 5.0.2 Lollipop, which was rolled out 18 months after it was launched. Having unlocked its bootloader and gained superuser access, I decided to install one of the stable custom Lollipop ROMs I found on XDA. The flashing went smoothly and the ROM worked well.

But few days later I discovered that the phone built-in compass was not working. When using map, the pointer that normally show the direction the user is facing or heading to is not showing. I installed CPU-Z and checked the sensors tab, the magnetic field sensor was among the list of sensors but there was no readings. It simply showed “3-axis Magnetic field UNCALIBRATED sensor”. All other sensors are functioning except this sensor.

To be sure, I installed an app called Sensor Kinects to confirm functioning sensors on the phone, but the magnetic field sensor showed no readings as well. At that moment, I knew something was wrong. To cut the story short, I was able to fix this issue and that is what I’ll be teaching you today.

Installing several compass app with calibration feature was not able to fix the problem, I had to go to the root and fix it manually. This is a bit complex, but I will try to make this tutorial simple and easy to digest as much as I can.

The problem is not with the hardware because the compass was working properly when it was on stock Jelly Bean, the problem is with the ROM itself, or it could be that there was a conflict between the system files controlling this specific sensor. Compass relies on magnetic field sensor to work on any Android device.

The solution I will be providing, however, applies to all the malfunctioning sensors you may experienced on your HTC phone and not specifically to the magnetic field sensor. These includes accelerometer, proximity, gyroscope, G-sensor, and others as previously mentioned.

For the given steps below to work for you, your HTC bootloader must be unlocked and your phone must have root access.

This tutorial is only meant for stock/custom Sense ROMs.

Before applying the following steps, please back up your phone.

The first necessary step is to download the official stock ROM available for your device. Hope you remember that I only encountered ththe problem on a custom ROM. If I have been on the stock ROM made for the device I won’t have experienced the issue. Stock ROMs are mostly perfect than the one coded or ported by developers.

Download and install ES File Explorer or launch it from the app drawer if you have it already installed on your phone. Navigate to the stock ROM you downloaded and extract its contents into a specific folder.

In ES File Explorer, enable root explorer and make sure you set the system permission to “RW”.

You can learn how to extract zip files and how to change system permission using ES File Explorer in this tutorial.

Now, we are going to swap the malfunctioning system files controlling the sensors on your HTC phone with the perfect one in the stock ROM you downloaded.

In ES File Explorer, you can open multiple tabs for multitasking. In this case, open the system folder in one tab and the extracted folder of the stock ROM in another.

The files name to be swapped are in bracket

After swapping the files, restart/reboot your phone.

You can confirm if the sensors are working using CPU-Z.

If you face any problem, do let us know by dropping a comment in the below comment box.