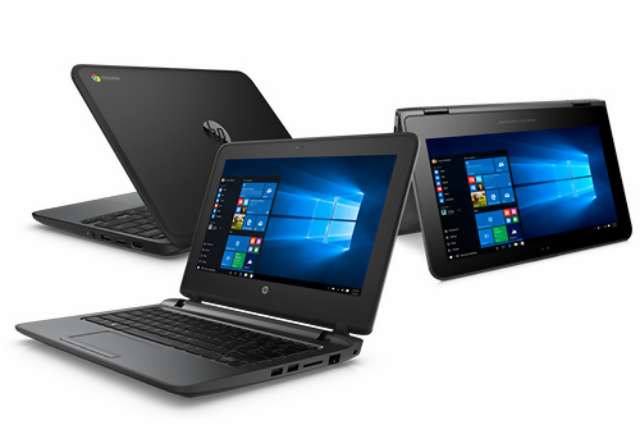 HP has announced a new rugged Windows 10 convertible laptop for students and teachers in educational sector dubbed ProBook x360 11 Education Edition. The outer layer of the device is made of a hard rubber material that can withstand light drop without any negative impact, and there is an optional Corning Gorilla Glass 4 protecting the touch-enabled display against scratch and easy breakage.

The ruggedness of the laptop is confirmed by HP to have passed through rigorous test dropping, which involved dropping hundreds of computers from an elevation of up to 30inches to make sure they could take a beating. The ProBook x360 11 EE is also claimed by the laptop maker to be world’s most rugged and thinnest convertible PC.

Being a convertible, the ProBook x360 11 EE can be use in four different modes, Tent, Stand, Notebook and Tablet, thanks to its flexible hinge that can be flip up to 360-degree. To make it serve even more purpose for students, the device is pre-loaded with an app called “Take a Test”, this can be use to recreate modern test assessments in a virtual secure environment.

Technically, the device features an 11.6-inch touch display with HD (1366×768) resolution and 16:9 aspect ratio. It is powered by an Intel Celeron N3350 processor, coupled with 8GB of RAM and 256GB internal storage. HP is also offering an Intel Pentium N4200 model with the same RAM and storage capacities. The ProBook x360 11 EE is equipped with dual camera system that HP preferred to call “Explorer Mode”. The first camera is placed at the top of the screen, while the second camera is embedded on the keyboard deck, both offering 1080p video recording.

The laptop also comes with an active pen that let users draw, sketch, and take note by just writing on the screen. Connectivity options onboard includs USB Type-C port, 2x USB 3.0 ports, Eternet port, MicroSD card reader, and 3.5mm headphones jack. The battery included can render up to 11 hours of use in a single charge.