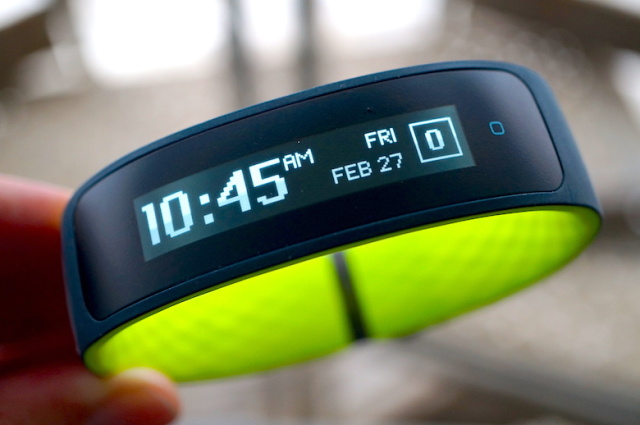 HTC launched its first wearable device alongside with the One M9 on Sunday in Barcelona, the HTC Grip. The fitness tracking band features a 1.8-inch PMOLED touchscreen display that let users view recorded data as well as track all notifications in real time.

Its built-in GPS tracks time, walk/run distance, and other sport activities with UA recording system, which is further enhanced by a pre-loaded Under Armour FitnessTM platform. Sleep detections record sleep time, and it also offers heart rate monitoring via external device like Under Armour A39.

The HTC Grip is waterproof and can survive up to 30 minutes in 1 meter deep of water – this earned it IP57 certification.

The fitness band works with smartphones running iOS 7+ or Android 4.3+. It packs an 100mAh battery that can last up to 60 hours (2.5 days) on a single charge, as claimed by the firm. The Grip is expected to start shipping before Q3 2015, however, its pricing is yet to be revealed.