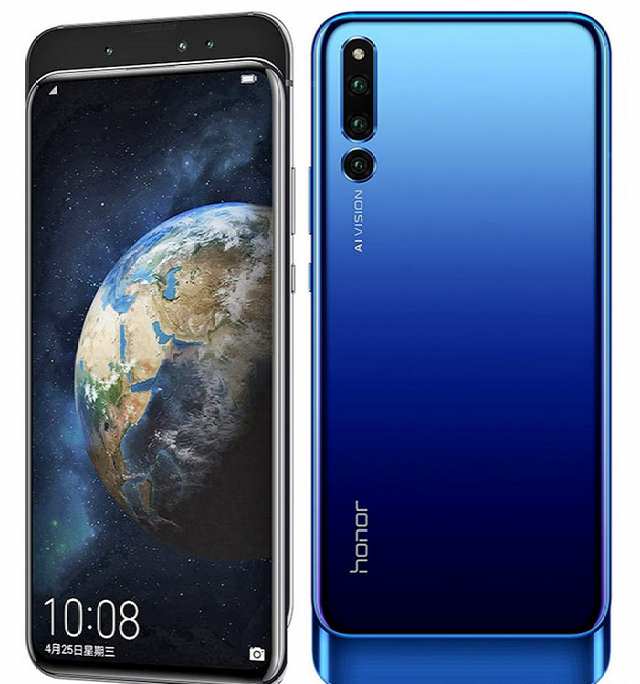 The wait is over, the Honor Magic 2 is now official. At an event in China OPPO has fully unwrapped its new flagship, ending all speculations and rumors, most of which eventually turned out to be true. The phone do indeed have a slider, slim bezels, and a fair screen-to-body ratio.

It features a 6.39-inch AMOLED display with Full HD+ resolution and an aspect ratio of 19.5:9. The phone slider accommodate the front camera and other array of sensors including an IR face scanner for face unlock, and two depth sensing camera, clearing out the space for the screen to stretched farther without any hinderance. This also eliminate the notch. Underneath the screen is an in-display fingerprint sensor.

Speaking of the slider, the hardware onboard also includes a 16MP selfie camera with an f/2.0 aperture, an infrared camera with facial recognition for 3D face unlock with the ability to analyze thousands of facial points, and other sensors as already mentioned. Moreover, Huawei has also integrated its own unique animated emoji dubbed “3D Qmoji” into the camera software, which Apple fans wanting to port to Huawei will found as a worthy replacement of Apple’s Animoji.

Flashback: Huawei brings Magical Sensation to China ahead of Christmas with Honor Magic

The Honor Magic 2 is powered by Huawei’s Kirin 980 7nm octa-core chipset, while the software is governed by EMUI 9.0 based on Android 9.0 Pie with Yoyo virtual assistant embedded within. The whole system relied on a 3500mAh battery for power with support for 40W Super VOOC Flash Charge that can charge the phone from 0% to 50% in 15 minutes.