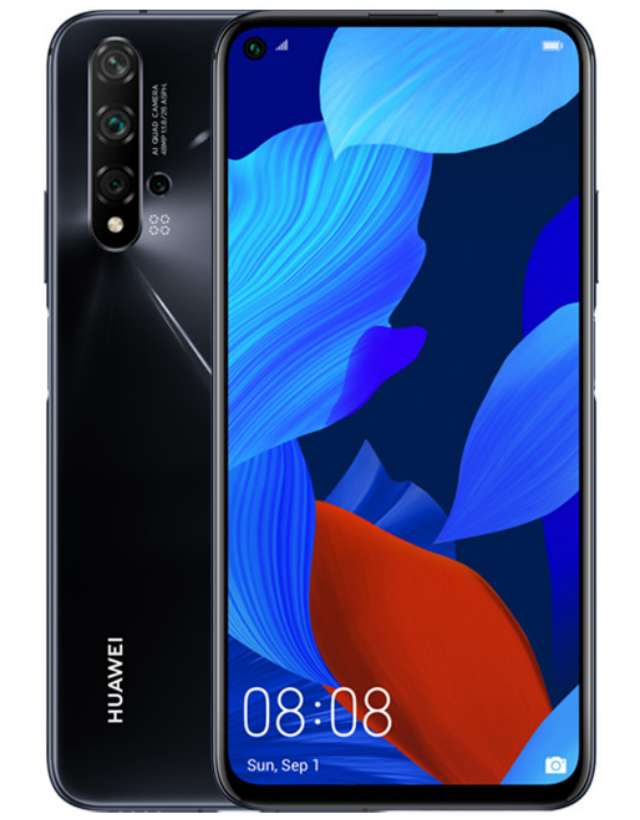 The Nova 5T today launched in Malaysia, bringing with it punch-hole LCD display, high-performance Kirin 980 7nm octa-core chipset, and quad rear-facing camera. Huawei will be selling the phone in Malaysia from September 7th for MYR 1599 (US$379), but it can be pre-order from August 29th till September 5th.

The phone touts a 6.26-inch Full HD (2340×1080) display that has a 19.5:9 aspect ratio. The 32MP front camera that resides inside the punch-hole placed at the upper left of the screen has an f/2.0 aperture for bright shot in low light, although it lacked a wide-angle lens. Thankfully, there is an ultra-wide angle camera among the quad camera at the back.

At the rear of the Nova 5T sitted four cameras; the primary has a 48MP f/2.0 sensor, the secondary is a 16MP ultra-wide angle lens with an f/2.2 aperture, the third 2MP camera with an f/2.2 aperture is made to capture the depth of field, while the fourth is a 2MP f/2.4 micro lens for taking close shots. The main camera supports phase detection auto focus (PDAF) and contrast auto focus (CAF). A single LED flash accompanied these cameras.

A side-mounted fingerprint sensor tends to biometric security, while the softwares are secured by Android 9.0 Pie based EMUI 9.1.1. Speaking of the hardware, as earlier mentioned, the Nova 5T is powered by an octa-core Hisilicon Kirin 980 chipset clocked at 2.6GHz, clubbed with 8GB of RAM and Mali-G76 MP10 GPU. The only storage option offered is 128GB, unfortunately, it is non-expandable. The phone also does not have a 3.5mm audio jack as it relied on its USB-C port to deliver wired audio.