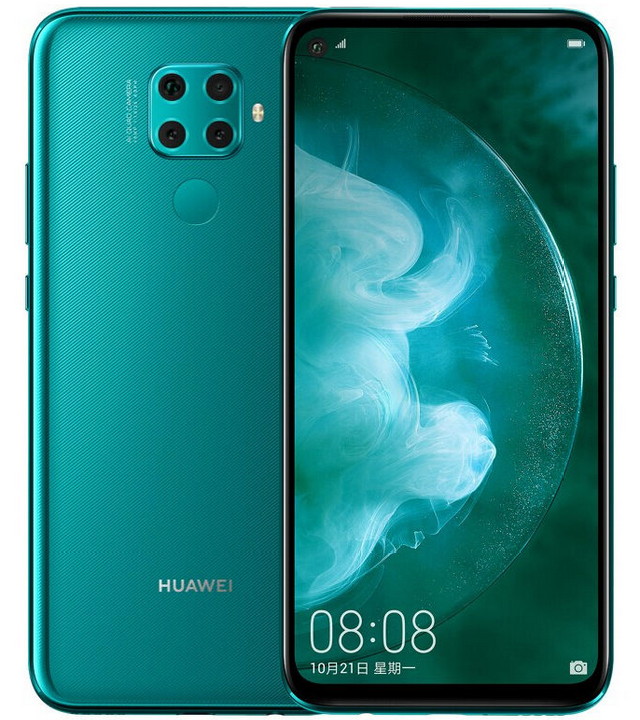 The Nova 5z today was declared official in China after much leaks in the past few weeks. The device, made to be a cheaper variant of the Nova 5i Pro, features a 6.26-inch IPS display that boasts of Full HD+ (2340×1080) pixel resolution and 19.5:9 aspect ratio. It is also DCI-P3 certified. The punch-hole is here to stay to compliment the chin which is less prominent than the side bezels.

The only difference between the Nova 5z and the Nova 5i Pro introduced in July are their RAM and storage configuration.

A 32-megapixel selfie-focus camera with an f/2.0 aperture resides inside the punch-hole located at the top left of the display, while quad camera is equipped at the rear. The main camera at the rear has a 48-megapixel Sony IMX586 sensor with an f/1.8 aperture; the secondary is an 8-megapixel ultra wide-angle lens; the tertiary camera has a 2-megapixel (f/2.4) sensor to capture the depth of field for portraits shot, while the fourth in line is a 2-megapixel macro camera (f/1.75) for close shots, making a total of five cameras (including the front camera).

The quad rear camera are arranged in grid as seen on Mate 20 Pro. Various AI enhancements are implemented into the camera software to improve photography. Speaking of security, in addition to face unlock, the Nova 5z also has a fingerprint sensor mounted to the back. The overall hardware relied on a HiSilicon Kirin 810 7nm 64-bit octa-core chipset clocked at 2.27GHz, paired with Mali-G52 MP6 GPU.

The device will be available in China from November 1st but can be pre-order from today. Price starts at price CN¥ 1599 (US$226) for the 6GB/64GB version, while the 6GB/128GB version costs CN¥ 1799 (US$406). Color options provided are Midnight Black, Aurora Blue, and Emerald Green.