Mr. Ibu, who goes by the birth name John Okafor, is a Nigerian actor vastly prominent for his roles as TV personality, comic actor and master of ceremony. He is widely admired for his excellent interpretation of any movie roles which revolve around comedy.

John Okafor is widely lauded not only as a prominent comic actor but also one of the characters with immense contribution to the development of the Nigerian movie industry. Records show that John Okafor (Mr. Ibu) has been an active Nollywood actor for more than 20 years and over his years of acting, he is best known for playing comic roles.

Considered one of Nollywood’s most sought-after comic actors, Mr. Ibu has starred in multiple comedy movies. He is, therefore, one of the favourites considered by Nollywood directors and producers for comic roles.

If you’re an avid viewer of Nollywood movies, it’s very possible that you’re familiar with Mr. Ibu. However, you may not know how the veteran actor began his acting career as well as the challenges he encountered while growing up.

This post is, therefore, a comprehensive biography of Mr. Ibu and it tells you more about the actor with emphasis on his education, acting style, awards, endorsement deals, social media presence and net worth. In addition, reading this post will help you find out some of the facts you may not know about Mr. Ibu.

Mr. Ibu’s acting style is hilarious in nature, making a whole lot of Nollywood viewers regard Mr. Ibu as a comic actor. Truly, Mr. Ibu’s acting is comic but what distinguishes it from the styles of many other comic Nollywood actors is the perfect blend of imbecility and stupidity. In a simpler term, this comic style magnificently portrays Mr. Ibu as a clown with “imbecilic” and stupid habits.

Deal with GOTV: GOTV (One of the major Cable TV companies in Nigeria) reached an endorsement deal with Mr. Ibu and the deal was worth millions of naira.

Deal with MerryBet: In 2014, MerryBet (one of Nigeria’s leading bet companies) reached an endorsement deal with Mr. Ibu. According to reports, the deal was meant to earn Mr. Ibu millions of naira.

Popularity, as one of Nigeria’s leading comic actors, has earned Mr. Ibu some great followership on social media. The Instagram handle of the talented actor holds more than a million followers. 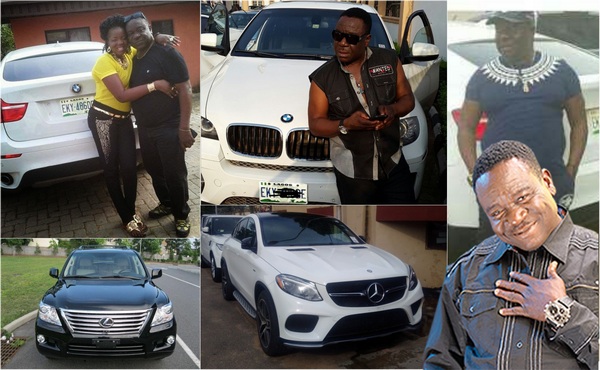 We seem not to have found a single authoritative report on Mr. Ibu’s actual net worth but according to several veritable reports, Mr. Ibu is one of Nollywood’s richest comic actors. Also, information from a certain online source claims that the estimated net worth of the 59-year-old actor stands at $4.5 million.

Facts You May Not Know about Mr. Ibu

Mr. Ibu is a native of Enugu, eastern Nigeria, born on October, 17, 1961. The 59-year-old actor was brought up in the same Enugu where he had his primary and secondary education.

Mr. Ibu began acting while in secondary school and he joined Nollywood in 1998, making him a long-serving Nollywood actor.

Narrating his story, Mr. Ibu himself revealed that he was born into a very poor family, making him a victim of rough and terrible upbringing. In fact, he is said to have been born into “one of the poorest” families in Enugu state. Due to his poor background, Mr. Ibu did not have the privilege to proceed with education after completing his secondary education. It’s notable that Mr Ibu began acting during his days in secondary school although he was not enrolled into Nollywood until 1998.

Just like some other prominent Nollywood actors of today, Mr. Ibu didn’t start as an actor. This, in part, was due to directors’ and producers’ failure to recognize his acting talent early enough. Upon his introduction into Nollywood in 1998, Mr. Ibu was made to serve as Continuity but fortunately, he began to feature in TV soap operas and movies only few months after joining Nollywood.

As a new actor, Mr. Ibu had to first take up minor and/or supporting roles. Being a talented actor, he played the roles very brilliantly. In the course of Mr. Ibu’s struggles as an upcoming actor, the Enugu-born actor suffered a series of rejections. He said he wasn’t allowed into movie auditions on several occasions. According to him, directors at audition grounds refused to grant him movie roles because they didn’t consider him “handsome” enough compared to the other actors at the audition.

Mr. Ibu narrated that in Lagos, he was denied entry into movie auditions despite that he had travelled to Surulere, Lagos, all the way from Enugu. Meanwhile, he had relocated to Lagos all because he was grossly dissatisfied with his life in Enugu and he felt that by moving to Lagos, he’d be opportune to go into full-time acting.

It isn’t strange that some of Nollywood’s rich actors/actresses of today once engaged in menial jobs. But it may sound weird that Mr. Ibu’s case was so terrible that, despite being a man, he had to resort to undignified jobs such as hairdressing and the sale of firewood. There was also a time he worked as a meat butcher all in a bid to survive and cater for his family.

Upon his relocation to Lagos, John Okafor did not have a home of his own. He resorted to abiding with his bosom friend in a single room. Unfortunately, he was dislodged from the room by his friend following a dispute between them. This rendered him homeless and conditioned him to sleep in undignified places such as dilapidated passenger buses and uncompleted buildings.

Due to this homelessness, John Okafor became depressed and was on the verge of committing suicide. Fortunately however, he bumped into a familiar movie producer who eventually provided him with accommodation. Okafor happened to have familiarized himself with the producer during his days in Enugu. Being a Nollywood member, the movie producer was able to hand John Okafor a major movie role which made him popular.

“Mr. Ibu” (a movie featuring Osita Iheme) is highly reckoned as the movie which made John Okafor a popular Nollywood actor. Upon its release in 2004, “Mr. Ibu” was widely received by numerous Nollywood viewers for being a blockbuster comedy movie. Through his well-executed comic role in the movie, John Okafor received the nickname “Mr. Ibu”.

The movie is not only acclaimed as a blockbuster comedy film but also as a success-laden effort which earned John Okafor an accolade from the Africa Movie Academy Awards in 2005 as the Best Comic Actor in Nigeria.

It isn’t surprising that John Okafor (Mr. Ibu) has come a long way to be regarded as one of Nollywood’s richest actors. According to reports, the Enugu-born actor has starred in over 300 Nollywood movies and he is one of the most sought-after actors in Nigeria. By virtue of his awesome acting style, which exudes high-quality hilarity, John Okafor has always captured the fancies of prominent movie directors and producers in Nigeria.

In fact, some Nollywood viewers consider Mr. Ibu as “Nigeria’s best comic actor”. Professional Nollywood actors receive a good deal of rewards (in form of money and endorsement deals) in return for their labour. Mr. Ibu constitutes the Nollywood actors who have been favoured by talent and so, he is fortunately one of the highest-paid actors in Nigeria.

Hopefully, this post has helped you find out a lot of insightful information about Mr. Ibu and his acting career. With acting having favoured him, Mr. Ibu is undeniably one of Nollywood’s most successful comic actors.