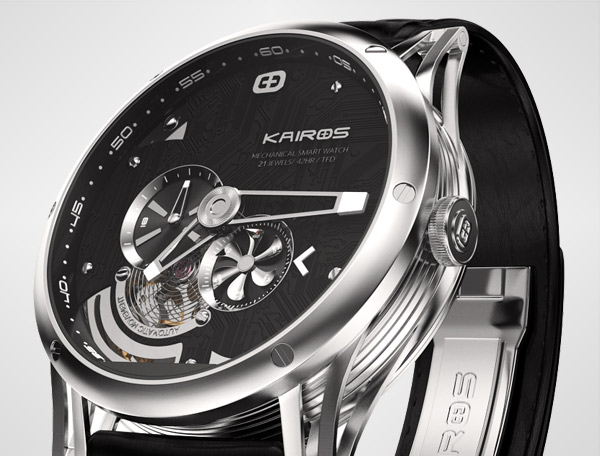 There are lots going on in the smartwatch segments as tech industries begin to focus more on it with the aim of blending technology with traditional watches. Apple launched its first smartwatch last week, which only works on iPhones. It is very rare to see a smartwatch that supports Windows Phone because they are consider far behind, but something new is here to change that.

Kairos is a smartwatch that combines both mechanical and digital into one body. It features a transparent OLED display that display notifications and messages, but that does not hide the clock hands moving under it.

The watch support all three major mobile operating systems; Android, iOS, and Windows Phone, which means you need not to change/buy a new phone to use it. An ARM Cortex M4 powered the device and it is also equipped with sensors that can help track fitness during sport activities and work-out. 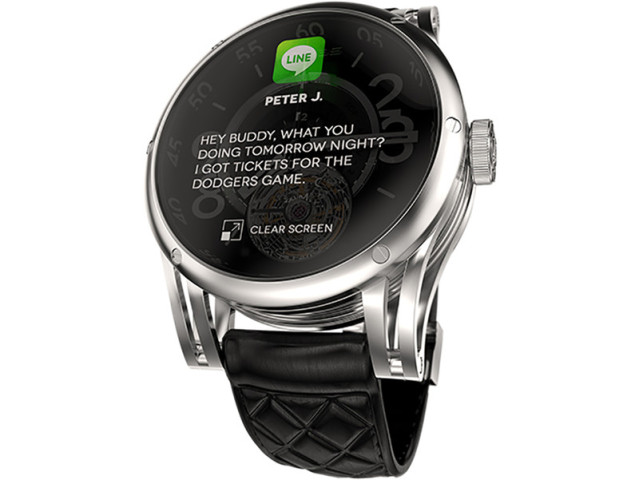 As claimed by the firm, Kairos can last up to seven days in a single charge – which is quite impressive. The smartwatch was first announced last year and even showed up at CES in January. It will be available in different styles at a starting price of $549 USD. A special edition that cost $1,249 USD (only 1000 units will be made) will also arrive on shelves later. Availability is yet to be announce.