The footwear Laycon wore to the Headies is being dicussed on Twitter by viewers.

The winner of the last Big Brother Naija show performed at the award ceremony and viewers say he gave a wonderful performance.

However, his performance isn’t what was discussed on Twitter after the show. The size of his shoe became the topic of conversation.

See some reactions below. 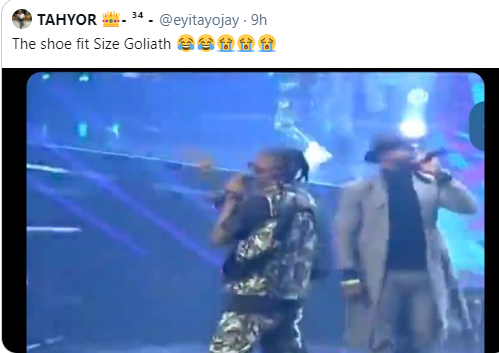 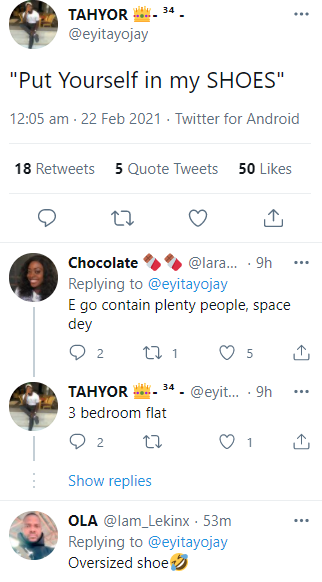 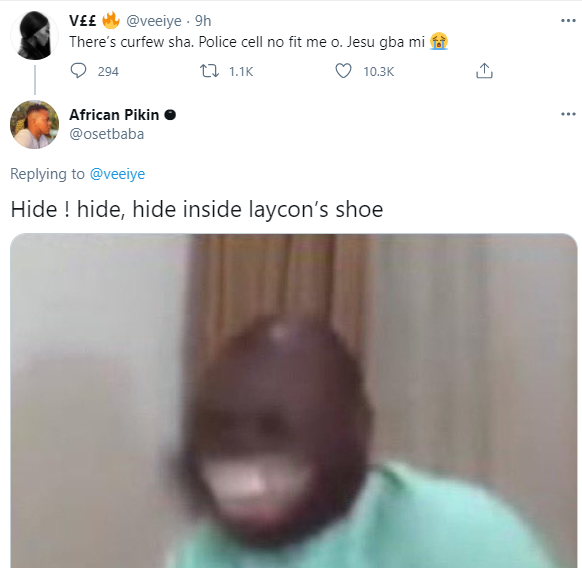 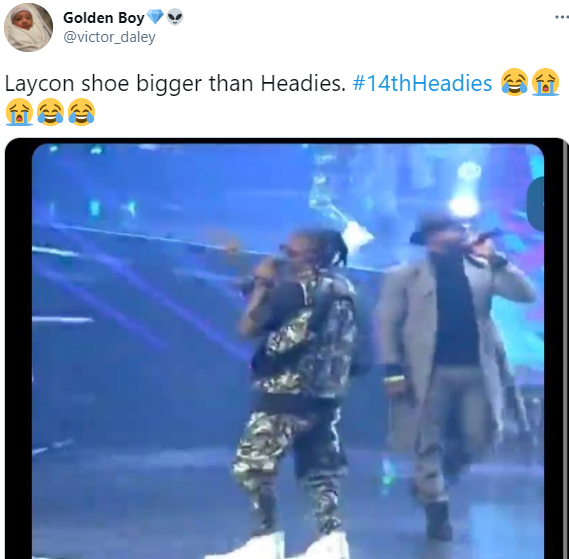