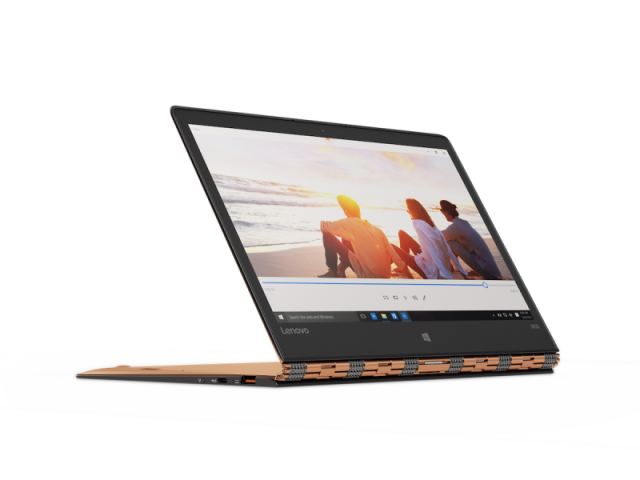 With less than 24 hours for CES to kick off, top tech companies are becoming far too eager to showcase their products to the world, we doubt if the timing does really matters afterall. Among these companies is Lenovo, who has yet again come forward to tip its latest notebook in Yoga series called Yoga 900S.

While the firm is yet to fully reveal what this gadget packs under the hood, it claims it is the world slimmest notebook/laptop as at now. We first doubt that (as you also do right now), but looking at its dimensions we are forced to believe that they do have a point, a very solid one. The Yoga 900S has a mere thickness of 12.8mm and weigh just 999 grams. This is even difficult for some tablets to achieve talkless of laptops.

To remind you, this is not the not first 2-in-1 convertible device in the 900 series, the company in October 2015 introduced Yoga 900 which is also a 2-in-1 and has a very slim body profile, but the new Yoga 900S simply surpass it when it comes to thinnest and slimmest comparisons.

The notebook will start shipping from March 2016 at a starting pricing of $1,099 USD.