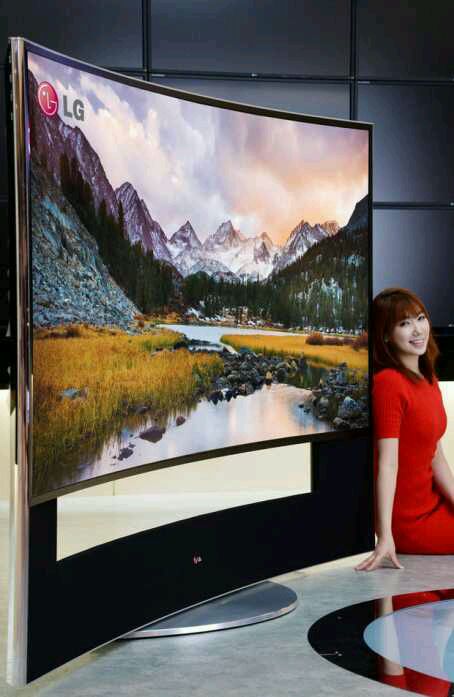 LG has unwrapped its new 105-inch TV with 4K display at a price tag of $117,000. The TV was first unveiled at CES which took place earlier this year, it’s available for pre-order starting from today in South Korea and is expected to be available in other countries in Q4 this year.

The LG 105UC9 features an aspect ratio of 21:9, which is basically known for cinema widescreen view. Its LCD screen touts a brilliant 11-million pixels that is five times of more than the current Full HD TVs.

When it comes to audio, the LG 105UC8 looks promising. Packed inside is a 7.2 channel surround sound system for optimum sound quality. Other features includes external storage support and wireless connectivity options.

Moreover, the smart TV  comes with the company’s proprietary Smart TV software, and it also support apps and other services.

Last week, Samsung released similar beast with the same screen size and display at $120,000. Saving $3000 doesn’t seems to be a big thing considering those long figures, your choice is what matters.