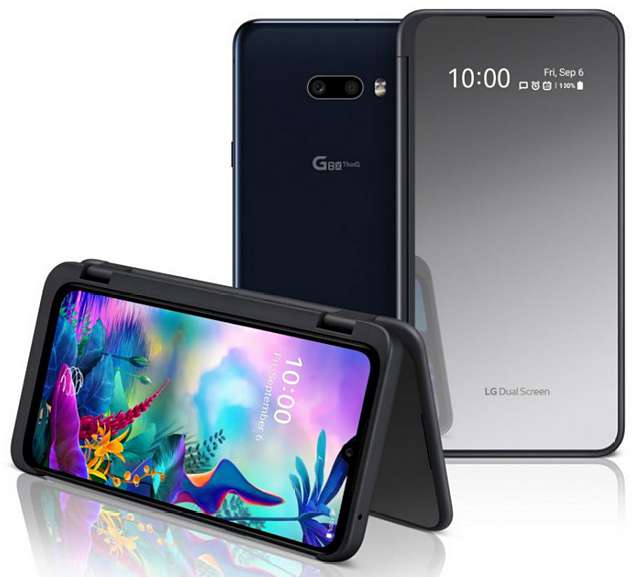 LG at the IFA 2019 in Berlin announced the G8X ThinQ, its latest flagship device under the “G” series for global market, however, the phone will be called V50S ThinQ 5G in the firm homeland, which is South Korea. The Global G8X ThinQ will only supports 4G, while the South Korea exclusive V50S ThinQ will supports 5G, the company revealed. The phones are basically the same apart from the difference in their network bands.

Technically, it features 6.4-inch FHD+ OLED display and comes with up to 8GB of RAM and up to 256GB of internal storage, with a MicroSD slot provided to expand the storage up to 2TB. Sitting at the back is 16MP+13MP dual rear camera, while it housed a 32MP camera at the front. The G8X ThinQ has facial recognition baked into its front camera for face unlock in addition to its under-display fingerprint reader for biometric authentication.

The usual 32-bit HiFi Quad DAC and stereo speakers are onboard for immersive listening pleasure, and so are the MIL-STD 810G military certification for its durability and IP68 rating for water and dust resistant. The device runs Android 9.0 Pie with a revamped UI that have new icons and cleaner interface. It is fuelled by a 4000mAh battery with supports for Quick Charge 3.0.

In addition, this has a secondary 2.1-inch Monochrome Cover display that provides basic information such as time, remaining battery, network bar, alarm, and other notifications when closed. The hinge has been improved too as it can now be flipped up to 360-degree.

Pricing and availability will be announce at a later date.

LG has revealed the pricing of the V50S ThinQ 5G for South Korea and the availability for the region. The phone will start selling from October 11 via top mobile carriers, including SK Telekom, LG Uplus, and KT, at a price of KRW 11,99,000 (US$1,003). The pricing/availability details of the global G8X ThinQ will be announced soon, the company said.