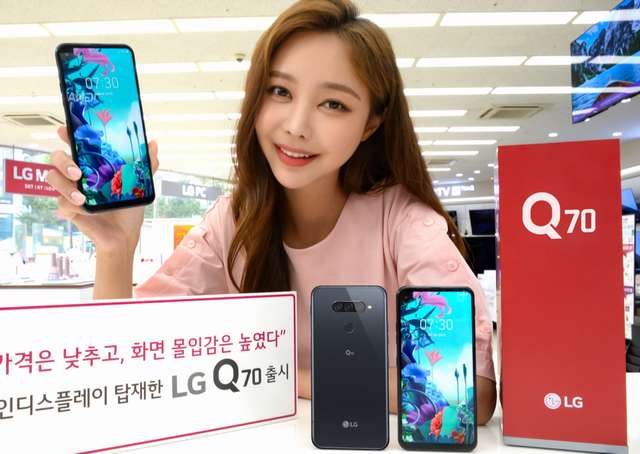 Its been only a few months since LG Introduced the Q60, now, the company has launched the Q70, a slightly more powerful model. This comes with a larger crisper 6.4-inch FullVision display that touts Full HD+ resolution, and is powered by a more efficient Snapdragon 675 octa-core chipset. It is LG’s first Android phone to have a punch-hole, in which a 16MP selfie camera resides.

RAM and storage are 4GB and 64GB respectively, with an option provided to expand it up to 2TB via a MicroSD card. Located at the back is triple rear-facing camera in 32MP+13MP+5MP configuration, horizontally-aligned, with a fingerprint sensor mounted below it. The phone supports dual SIM, has a dedicated Google Assistant button, while it drawn its power from a 4000mAh battery with Quick Charge 3.0 supports.

The usual bells-and-whistle that are most common on LG phones are present on the Q70, these include military grade MIL-STD 810G certification for its durability against abnormal temperature, pressure and humidity, including shock and impact; HiFi Quad DAC, and DTS: X 3D Surround Sound.