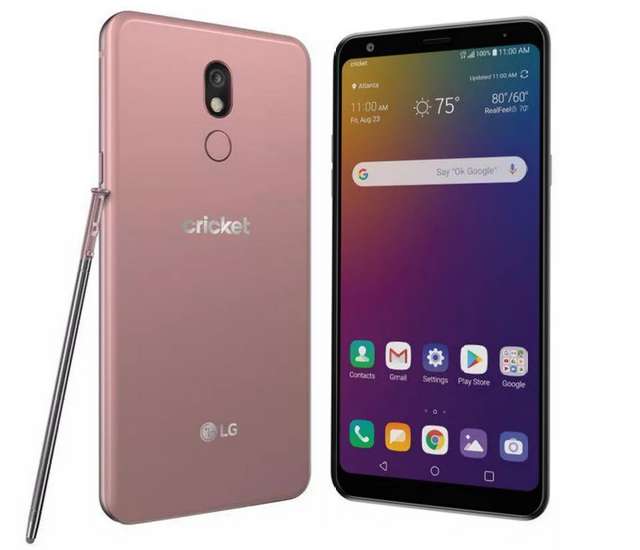 The LG Stylo smartphone line-up that is exclusive to the U.S market just get a new 2019 model, dubbed Stylo 5. It landed on Cricket Wireless, where interested buyers will be able to purchase one for US$229.99. Boost Mobile is also selling the phone for its customers with the price set at US$199.99.

The Stylo 5 is here to succeed the Stylo 4 that was released last year. In this regard, some of the specs have been ramped up to meet the new demands from today’s budget smartphone buyers. It runs Android 9.0 Pie out-of-the-box and features a 6.2-inch FullVision LCD display that boasts of a Full HD+ (2160×1080) resolution.

The display is notch-free and it supports stylus. In fact, LG is bundling a free stylus in the box. With the stylus, users can take note (even when the screen is off) and do some advance editing. Preinstalled QuickMemo+ and Pop Memo apps takes care of the note-taking.

Powering the device is an unspecified 64-bit octa-core chipset clocked at 1.8GHz, paired with 3GB of RAM. 32GB is the only storage option provided, but it is expandable via MicroSD card. Residing behind is a 13MP autofocus camera with LED flash, while a 5MP selfie snapper is equipped at the front, both capable of recording 1080p videos.

A fingerprint sensor is located at the back for biometric authentication, while DTS:X Surround Sound takes of the multimedia enjoyment. In connectivity, the Stylo 5 supports Bluetooth 4.2, WiFi, 4G LTE, GPS/A-GPS, and USB Type-C. It measures 160.02 x 77.7 x 8.38mm, weighs 179 grams, and is backed by a 3500mAh battery.

Buyers have the option to chose between Blonde Rose and Platinum Gray colors when ordering the phone.