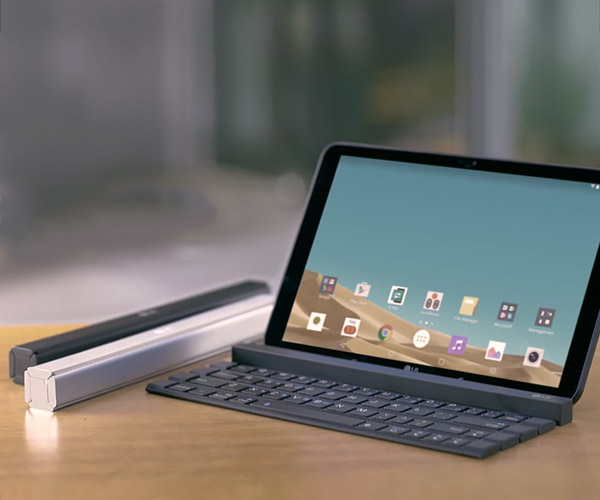 Tech companies are gearing up and preparing themselves against the upcoming IFA event that will take place in Berlin from September 4 to September 9 next week. Among these companies is LG, who has unravelled a new portable wireless keyboard that can be folded into a stick.

The new mystery device named Rolly is a typical keyboard that’s got style. It can be roll up like a paper into a stick, making it easy to carry around in pockets, handbags, and suitcase. This reminds us of Microsoft Universal Foldable Keyboard that recently went on sale in the U.S which offers something much alike. While Microsoft own device can be folded in two, LG Rolly can folds in four rows. 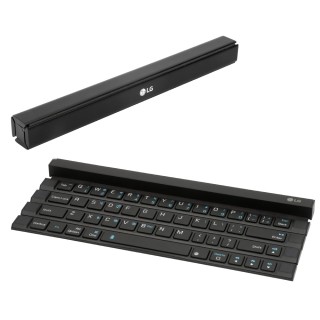 The device is made of polycarbonate and ABS, making it highly durable and resistant against shock. It comes with high contrast keys with 17mm pitch that makes typing easy and comfortable with responding tactile feedback. The Rolly can be paired with two different device at a time either it be a tablet or a smartphone, wirelessly via Bluetooth 3.0 connection, and has a pre-loaded key that let users switch from one device to another with just a singe tap.

The keyboard uses a single AAA battery, according to the LG, the battery can last up to six months. Rolly will be showcased at IFA next week. It will be available in the U.S, Europe, Latin America, and Asia before Q4 2015 ends.