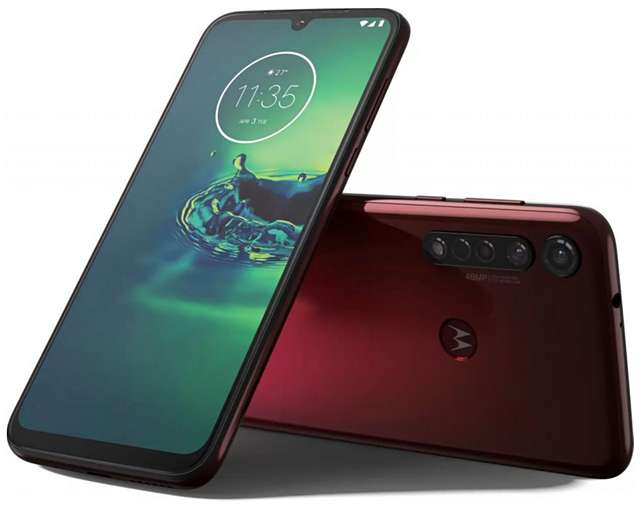 Motorola has made a new addition to its smartphone collection in India dubbed Moto G8 Plus, few days after it released the One Macro in the region. The phone comes with a 6.3-inch LCD screen that touts a Full HD+ (2280×1080) resolution and an aspect ratio of 19:9. Above the display is a waterdrop notch that serves as a housing for the 25MP quad pixel selfie camera.

Under the hood is a Qualcomm Snapdragon 665 octa-core chipset running at a speed of 2.0GHz, slammed with 4GB of RAM and Adreno 610 GPU. 64GB is the only storage option offered, but it can be expanded up to 512GB via MicroSD card. The memory card shared the same slot with the secondary SIM slot, while the main SIM slot is independent.

Apart from the 25MP front camera, the Moto G8 Plus is also equipped with triple camera at the back – the main shooter is a 48MP (f/1.79) Samsung GM1 sensor with 0.8um pixel size and PDAF, followed by a 16MP ultra-wide action camera (117°) with an f/2.2 aperture, and a 5MP depth camera. Below these is a single LED flash.

A fingerprint sensor is also mounted to the back underneath the Moto logo for one touch login access. The phone is IPX2 splash resistant certified, has dual stereo speaker tuned by Dolby Audio, and it also have two microphones for clear communication. It runs Android 9.0 Pie out-of-the-box but the firm claimed it is be upgradeable to Android 10.

It will be up for purchase on Flipkart later this month at a price of Rs 13,999 (US$196). Crystal Pink and Cosmic Blue are the color options.