Premier Information and Tech How Tos Online
Home Mobile Moto Z4 Launched In The US with Snapdragon 675, 48MP Rear Snapper 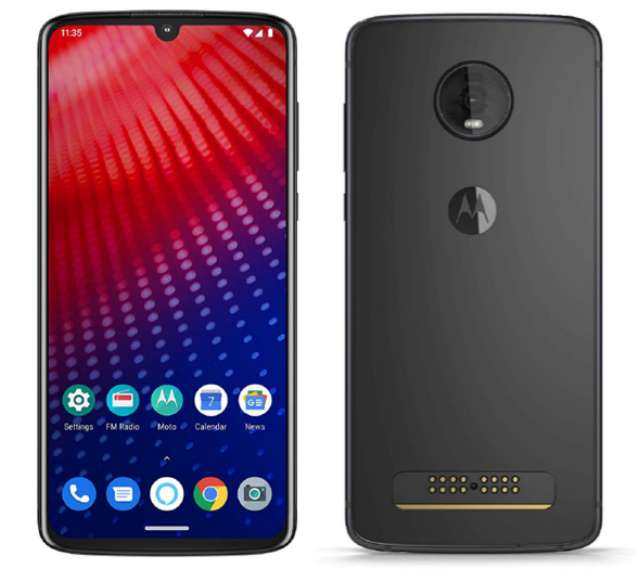 Motorola has introduced the fourth edition of its Z series smartphone in the U.S, the Moto Z4. The firm on Thursday announced the device and made known its pricing and availability for the U.S market. The phone is priced at US$499 and will be available for purchase from June 6th. It is already on pre-order at major U.S stores, including Best Buy and Amazon.

In terms of specifications, the Moto Z4 features a 6.4-inch OLED display with Full HD+ (2340×1080) resolution, boasting 85% screen-to-body ratio and 19:9 aspect ratio. It has a waterdrop notch at the top of the display that accommodates the front camera and other array of sensors. Under the hood, the phone is powered by a Qualcomm Snapdragon 675 octa-core chipset, running at a speed of 2.0GHz, paired with Adreno 612 GPU and 4GB of RAM.

A 128GB storage resides inside with supports of up to 1TB of expandable storage via a MicroSD card. In optics, the new Moto Z4 sports a 48MP rear camera with f/1.7 aperture, optical image stabilization (OIS), phase detection auto focus (PDAF) and dual LED flash, while it is equipped with a 25MP front-facing camera with an f/2.0 aperture.

Color options available for the Moto Z4 are Frost White and Flash Grey. U.S Verizon customers can get the phone for US$240 on two years contract.