He has been acting for some years, but recently came into limelight after starting a series of comedy skits. In most of his skits, he usually plays the role of a sugar daddy, looking for a side chick and it is always full of adventures. His videos are loved because of their uniqueness and lessons that viewers learn at the endings.

We’d be seeing Mr Macaroni’s biography, date of birth, age, early life, family, parents, siblings, wife, children, education, comedies, movies, shows, net worth, houses, cars, social media handles and everything else you’d love to know about him.
Don’t forget to drop us a comment and share to your friends at the end of the article.

Debo Adebayo (Mr Macaroni) was born in Lagos State, Nigeria into a family of 10. His father is a journalist, while his mother is an educationist. He describes his childhood as ‘simple’, and always states that he was inspired by Pastor Chris Oyakhilome of Christ Embassy.

His education wasn’t really very rosy as he attended three different universities, before finally graduating from Redeemer’s University.
According to him, the first admission he got to study law in a private institution was cut short in his 200 level when the news broke out that the law department in the institution wasn’t accredited. He left the school when after some series of meeting with the authorities, they noticed that the school was nonchalant about the situation. 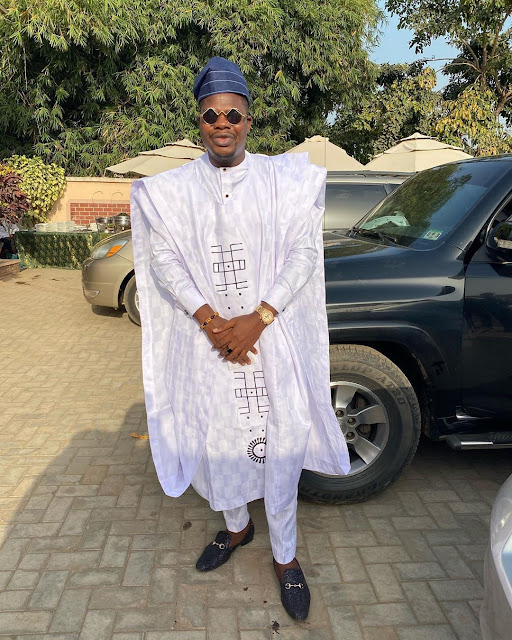 He gained admission into another private institution to study law and everything was going smoothly until he had an issue with one of his lecturers. He was summoned by the school authorities and eventually told to leave the school for some time, while they come up with a final decision.

He wasn’t expressly expelled but decided to leave the school for another private institution. It was after a while that his friends informed him that his name came out on the result sheet.

In his third school, he decided to opt for Creative Arts instead of Law. After resuming in the school he was one day, informed by the dean of studies that the institution haven’t really started offering Creative Arts, but he can go for English.

This got him angry, because he was actually admitted to study Creative Arts and not English. He eventually had to leave after a year.

He eventually gained admission to study Creative Arts at Redeemer’s University, Osun State. The university is owned by the Redeemed Christian Church of God. While at the institution, he was bent on leaving a legacy that would make every student an ambassador of the university.

He was the president of the student body while in the school, and tried his best to make every student happy and comfortable.

Few days before his graduation from Redeemers University, he got expelled over a post he made on his Facebook Page.

The University described his Facebook post as offensive, and portraying the university in bad light, an act that constitutes serious misconduct and punishable by expulsion. The case was later settled out of court, and he got his certificate from the institution in 2018. 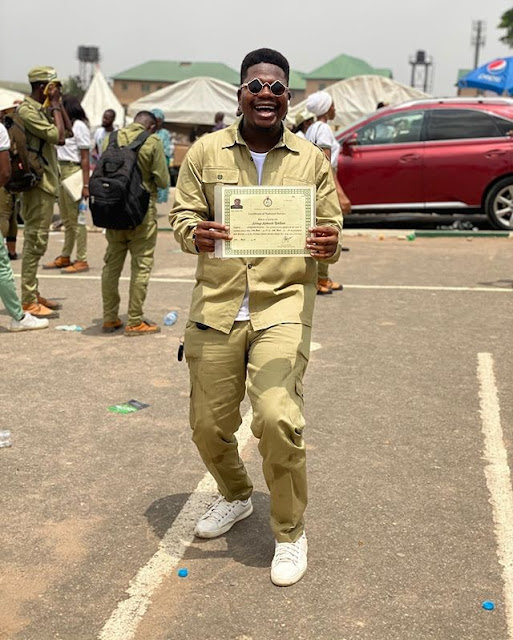 He completed his National Youth Service Corps (NYSC) in 2020, and was filled with joy as many of the serving corpers gathered around him for photos. He stated on his Instagram handle, that he stood for over 2 hours taking photos with his colleagues who for one reason or the other, appreciate his craft.

Mr Macaroni has been featured in a number movies and soap operas before starting the ‘Mr Macaroni’ series. He stated that at a point in his life, he stopped getting movie roles and it began to appear like he didn’t know what he was doing.

He would get to Instagram then to see the likes of Maraji and Broda Shaggi posting online skits that people were really enjoying. It was when the idea of doing comedy skits came to his mind, and he began playing the character of an old school teacher.

About how he began the Mr Macaroni series, he stated that the whole story began when a company reached out to one of his producers that they needed someone to make a short YouTube video. He first played the character of an old school teacher, before the ‘sugar daddy’ character that he is currently playing.

Mr Macaroni was the last born in a family of 10. His childhood was really simple, and adventurous. He lists Pastor Chris Oyakhilome as one of his sources of inspiration.
Not much is known Mr Macaroni’s relationship life, but he revealed in an interview with PunchNG that he was still a virgin.

On February 13th 2020, Mr Macaroni was arrested by Police operatives at Lekki toll gate. He joined the protest against the planned reopening of the Lekki toll gate following the alleged killing of protesters on October 20, 2020.

Mr Macaroni is one of the fastest rising comedians to look forward to in 2020. He has grown from a regular Instagram user, to a influencer with more than 800,000 followers.
He is estimated to be net worth over $250,000.

Volume of a Cylinder and Its Various Types

A Guide To Deal With Procrastination

What Are the 10 Best Platforms to Trade Gift Cards in Nigeria?