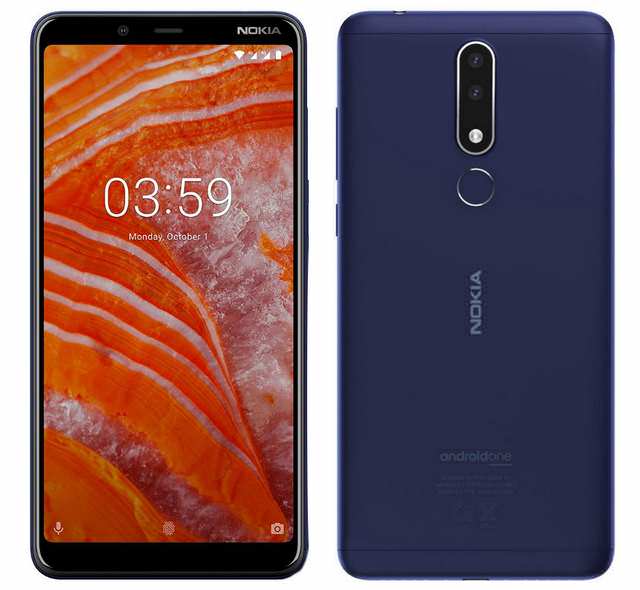 HMD Global has introduced a new mid-end smartphone in India, the Nokia 3.1 Plus. The phone, which happened to be the successor of the Nokia 3.1 brings abrupt changes in specs but maintains nearly the same design, we mean the minimal bezels and the polycarbonate back.

This has a larger 6-inch display but shared the same HD+ resolution and aspect ratio with the Nokia 3.1. It missed the Corning Gorilla Glass protection, but HMD Global said the glass screen is toughened. The processor is more powerful, driven by a MediaTek Helio P22 chipset, while the RAM and storage configuration are more flexible. You get to chose between 2GB/16GB and 3GB/32GB.

The Nokia 3.1 Plus have dual camera at the back; the primary featuring a 13MP f/2.0 sensor, and the secondary a 5MP f/2.4 sensor, accompanied by a LED flash. To remind you, the Nokia 3.1 had a single 13MP rear camera. Nothing has changed at the front as the phone still packed the same 8MP camera.

The phone runs Android One software based on Android 8.1 Oreo, which will sheltered in Android 9.0 Pie later in the future. It has a fingerprint sensor at the back, a 3.5mm audio jack at the top, while it is fuelled by a bigger 3,500mAh battery (from 2,990mAh).

It will be available from October 9th at online (including Nokia store) and offline stores across India, starting at Rs 11,499 ($161).