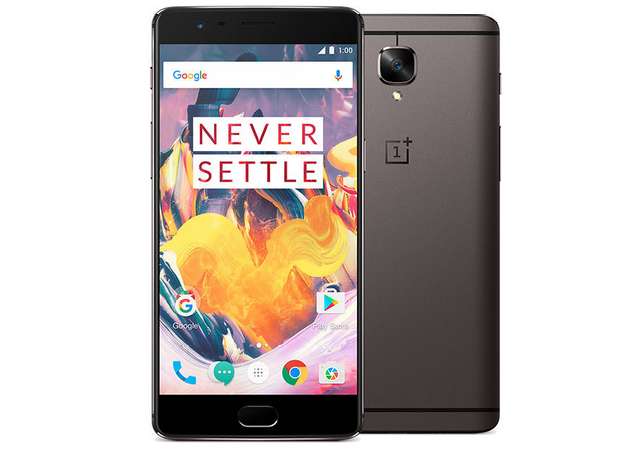 OnePlus is expected to “openly” announce its latest smartphone, 3T today, but due to some unknown reasons which we are yet to figure out the company has decided to silently launched the device. The phone specs was listed on OnePlus website few hours ago but was shortly removed, thankfully, the listing page was captured by google bots roaming the web before it was pulled.

What is more surprising is that shortly after the page was removed on OnePlus main website, detailed specs of OnePlus 3T appeared on the company Hong Kong webpage along with its pricing details, few minutes after, it was again re-enlisted on the main website. Technical glitch? Well, we can’t say.

One of its main area of attraction that got peoples attentions according to earlier leaks is that it will be running Android 7.0 Nougat, disappointingly, the OnePlus 3T according to what is listed runs Oxygen OS based on Android 6.0 Marshmallow, and there is no words on Nougat update. So, what is the main difference when compare with its predecessor? First, the OnePlus 3T packs a Qualcomm Snapdragon 821 processor, an upgrade from Snapdragon 820 that the former possess.

Secondly, the front camera has been up from 8MP to 16MP, that is 2x improvement. And lastly, the battery has been upgraded from 3000mAh in OnePlus 3 to 3400mAh in OnePlus 3T. It also comes in 128GB storage variant and in an exclusive Gunmetal color option in addition to Soft Gold color that its predecessor boast of.

The OnePlus 3T is priced at HK$ 3,388 which translates to $436 USD. It will be available globally starting from November.

OnePlus has officially announced 3T and we now have the full pricing and availability details. The 64GB storage version of OnePlus 3T is priced at US$439 and the 128GB storage version at US$479. It will be available starting from November 22 in United States and November 28 in Europe via OnePlus.net, other regions are expected to follow.