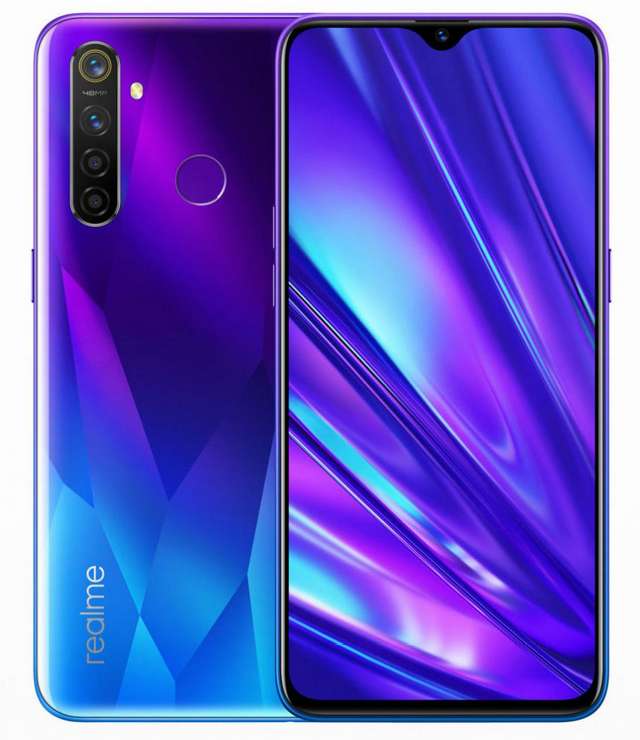 As expected today, Realme has pulled the curtains off its new smartphones in India, the Realme 5 Pro and Realme 5. The device are here to succeed their predecessors. In this regard, the phones have been upgraded in some area (and downgraded in some areas too).

The Realme 5 Pro is the more spectacular of the two although it features the same 6.3-inch Full HD+ display as its predecessor. The Corning Gorilla Glass protection survived, but the first notable change that the device brings in hardware is the Snapdragon 712 processor that powered it, an upgrade of the Snapdragon 710 featured on the Realme 3 Pro that was released by Qualcomm few months back. This have a clock speed of 2.2GHz and is accompanied by an Adreno 616 GPU.

As could be guessed, the dewdrop notch at the top of the phone display serves as a refuge for the 16MP selfie camera. Speaking of the camera, the Realme 5 Pro have quad camera vertically-aligned at the upper-left on its back – the main camera has a 48MP (f/1.79) IMX586 sensor, followed by a secondary 8MP ultra wide-angle lens, the third is a 2MP camera for capturing depth, while the fourth is a 2MP camera for macro shot.

The Realme 5 Pro have a fingerprint sensor at the back for biometric security and it is also splash-proof. It runs Android 9.0 Pie based ColorOS 6.0, supports dedicated dual SIM, while it relied on a 4035mAh battery for power with supports for VOOC 3.0 Flash Charge. USB Type-C and 3.5mm audio jack are among the connectivity it offered. 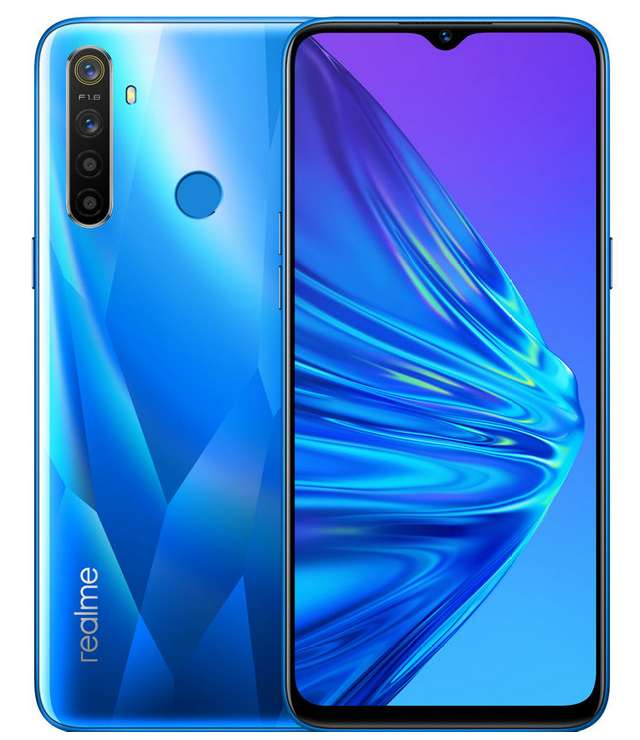 The Realme 5 have a 6.5-inch HD+ screen that is Gorilla Glass protected and is powered by a Snapdragon 665 chipset, paired with Adreno 610 GPU. Like the “Pro” model, it has quad camera at back with a 12MP (f/1.8) camera taking the lead, followed by an 8MP ultra wide-angle lens, a 2MP depth camera, and a 2MP macro camera, all vertically aligned.

The device settled for a 13MP front camera, which is equipped inside its mini-drop notch. Like its counterpart, the Realme 5 is splash-proof and it also has a fingerprint sensor at the back. It lacked a USB Type-C port as it uses Micro-USB for charging, but there is 3.5mm audio jack onboard. It generate its power from a 5000mAh battery with supports for 10W fast charging.

The phones comes in various RAM and storage configurations, the basic versions having 3GB/4GB RAM and 32GB/64GB storage, respectively. The Realme 5 Pro is claimed to have 90.6% screen-to-body, while the non-Pro model have 78% screen-to-body ratio. These have plastic backs with reflective patterns.

The Realme 5 Pro will be available from September 4th, while the Realme 5 will go on sale on August 27th in India on Flipkart and Realme eShop.

OPPO’s Realme has introduced the Realme 5 Pro in China under an entire different name. Dubbed Realme Q, it is basically the Realme 5 Pro in all aspects, in design, features, and specifications. Chinese buyers will be able to purchase the phone from September 9th.

Its pricing details is as follows: