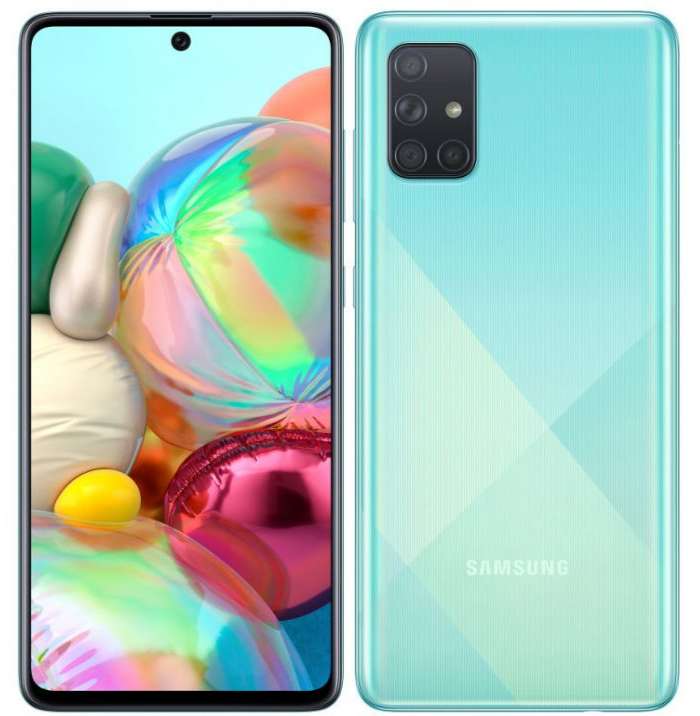 Samsung on Wednesday launched the Galaxy A71 in India, the successor to the 2019 Galaxy A70 with improved specs and performance. Unlike the Galaxy A70, the Galaxy A71 is powered by a more efficient processor and it runs the latest version of Android with One UI 2.0 on top.

The most notable difference are their cameras, the Galaxy A71 boasts of quad rear camera with the primary camera flaunting a 64MP sensor, while it also has a dedicated macro camera and a much improve wide angle camera unlike its predecessor. The battery, RAM, storage, and connectivity however remains the same.

Check its complete specs below:

Themed in Prism Crush Black, Black, Blue, the phone will be available at online and offline retail stores across India from February 24th for Rs 29,999 (US$450).