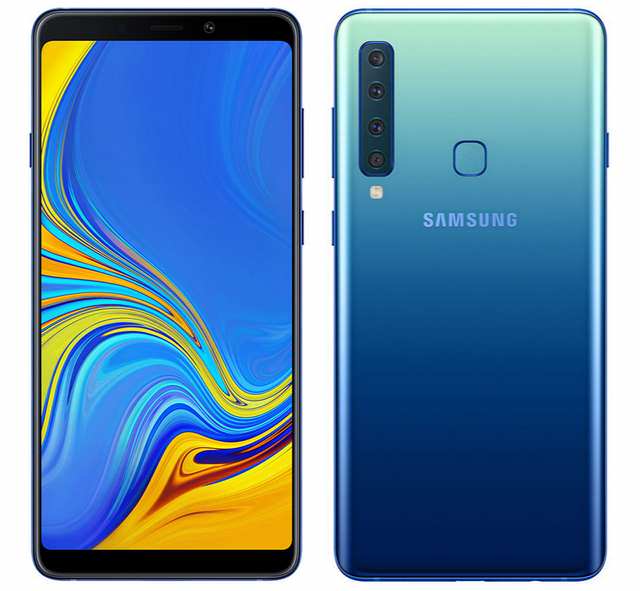 Samsung joined the erratic camera race with the Galaxy A7 (2018) last month, which was its first smartphone to have tripple rear camera. But the company is not stopping there. Samsung has lengthen its stride further with the just announced Galaxy A9 (2018). This does not have one, two or three cameras at the back, but four rear-facing cameras.

The quad camera are vertically laid at the upper left on the phone back— the first sports a 24MP f/1.7 sensor, the second a 10MP f/2.4 telephoto sensor, the third an 8MP ultra-wide angle sensor, while the fourth 5MP f/2.2 sensor is meant to capture the depth of field. The front camera is not lacking either, adding a 24MP sensor to the group.

The Galaxy A9 (2018) is powered by Qualcomm’s Snapdragon 710 chipset, coupled with up to 8GB of RAM. 128GB is the only storage option, but you can expand it up to 512GB via a MicroSD card. In addition to the MicroSD slot are two SIM slots for dual standby use.

The phone 6.3-inch Full HD+ screen uses Super AMOLED to display pictures. At the rear is a fingerprint sensor for security, while the 3.5mm audio jack and USB port sits at the bottom beside the speaker grill. Android 8.0 Oreo drives the software while the whole system is powered by a 3800mAh battery.