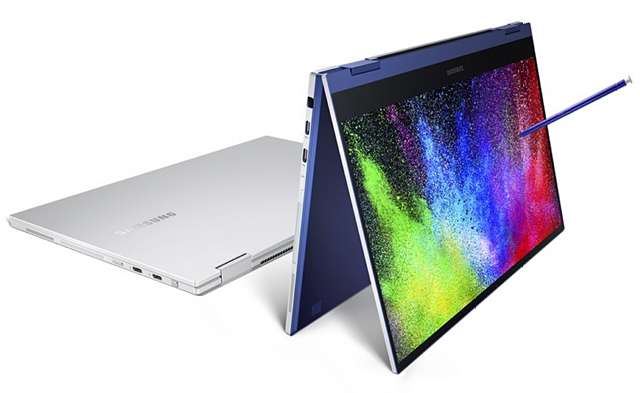 At the Samsung Developer Conference 2019 (SDC19) that was held earlier today, Samsung unveiled two new Windows 10 laptops, the Galaxy Book Flex which is a convertible, and the Galaxy Book Ion. These comes in two display versions, 13.3-inch and 15.6-inch.

Let’s talk about the Galaxy Book Flex first. As the “Flex” in its naming implied, it can be flipped up to 360-degree to use as a tablet as well as a laptop. As already mentioned, it is offered in two display variants, 13.3-inch and 15.6-inch, both offering Full HD (1920×1080) resolution, 16:9 aspect ratio, and 10 point multi-touch supports. The display panel used is QLED and the display is touch-responsive. Moreover, the Galaxy Book Flex is bundled with S Pen stylus for writing, drawing, sketching and for doing other artwork, with supports for gesture navigation.

The convertible is clad in a sleek slim aluminum body that is 12.9mm thick, and weighs only 1.15 kilograms for the 13.3-inch version. The 15.6-inch version however, is slightly thicker at 14.9mm and heavier at 1.52 kilograms. It is powered by a 10th-Gen Intel Core processor (Ice Lake), coupled with Intel UHD, Intel Iris Plus or NVIDIA GeForce MX250 Graphics depending on the SKU. Up to 16GB LPDDR4x RAM and up to 1TB SSD (NVMe) accompanied the CPU as well.

The full size keyboard is Backlit and it also has a fingerprint reader that works with Windows Hello for biometric authentication. Other features included with the Galaxy Book Flex are stereo speakers tuned by AKG and enhanced by Smart Amp, HD webcam with dual array microphone, and Wireless PowerShare that let users charge their Qi-certified portable gadgets using the laptop 69.7Wh battery. 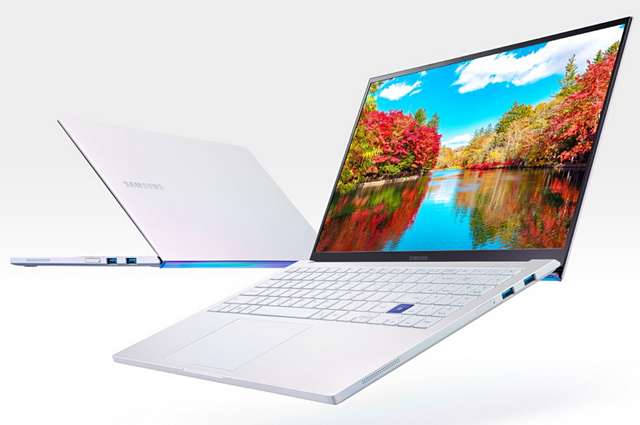 The Galaxy Book Ion shared almost the same specifications with the Galaxy Book Flex, however, there are minor differences. The display, processor, RAM, storage, battery, fingerprint reader, AKG stereo speakers, Wireless PowerShare are all there, but this have extra SSD expandable slot and RAM slot. Also, the type of RAM it supported is DDR4 and not LPDDR4x as the former.

Furthermore, the Galaxy Book Ion only has a single Thunderbolt 3 port, but have two USB 3.0 ports and HDMI port in addition to Bluetooth 5.0, WiFi 6 (Gig+), HP/Mic, and UFS/MicroSD combo. It does not support S Pen and the hinge is not rotatable up to 360-degree.

The new Samsung laptops will be available sometime in December. Pricing will be announced closer to launch.