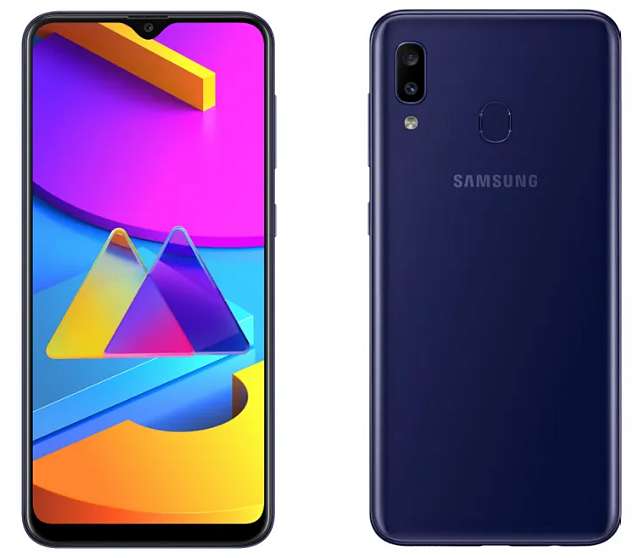 The Galaxy M10s accompanied the Galaxy M30s to India today, the successor of the Galaxy M10 that was released earlier this year. This has a larger crisper 6.4-inch HD+ Super AMOLED display compared to its predecessor 6.22-inch HD+ TFT display. Furthermore, the processor has been upgraded from Exynos 7870 to Exynos 7884B for better performance.

Although it still retain the 13MP+5MP dual rear camera, the front camera now boasts of an 8MP sensor. The Galaxy M10s has a fingerprint sensor that is lacking on its predecessor and also packed a more substantial 4000mAh battery. The body is still made of plastic. You get to chose between Piano Black and Stone Blue colors when ordering one.

The phone will start selling on Amazon India and Samsung online eStore from September 29th, at a price of Rs 8999 (US$126).