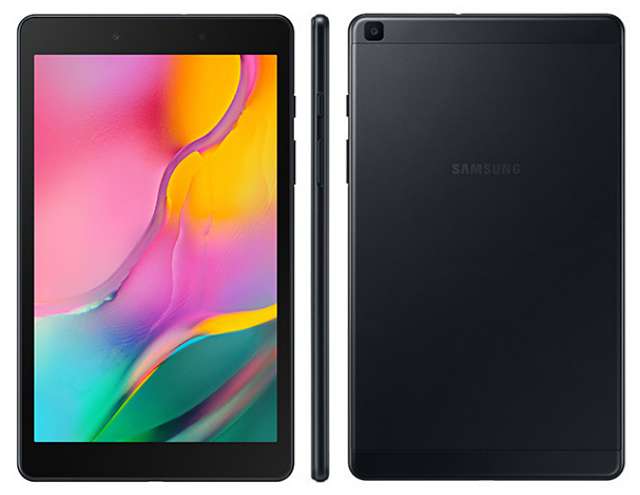 A much cheaper and lower-specd model of the Galaxy Tab A 8.0 (2019) with a model number SM-T290 has launched in Vietnam. Unlike the initial model that was introduced in March, this does not support Samsung S Pen stylus. Furthermore, it comes with a poorer 8-inch WXGA (1280×720) TFT display with a 16:10 aspect ratio when compared to the former WUXGA+ (1920×1200) TFT display.

Their differences does not end here; the downward trend in specs also affected the processor. The Galaxy Tab A 8.0 2019 (SM-T290) is driven by a quad-core Qualcomm Snapdragon 429 processor clocked at 2.0GHz, paired with 2GB of RAM and Adreno 504 GPU (the previous model have octa-core processor and 3GB of RAM). There is a 32GB of storage inside with a MicroSD slot provided to further expand it up to 512GB.

Sitting at the back is an 8MP autofocus camera, while a 2MP camera resides at the front for selfie and video-calling. The tablet boots Android 9.0 Pie out-of-the-box. It has a single SIM slot that offers 4G LTE for the cellular version, but there is no mention of VoLTE. Speaking of connectivity, it also supports Bluetooth 4.2, WiFi 802.11 a/b/g/n (dual band), GPS/GLONASS/Beidou, Micro-USB, and 3.5mm headphones jack.

Sales for the tablet will begin in Vietnam on July 12th, where it will be sold for VND 3,690,000 (US$158). Silver and Black are the color options reaching the region. It is expected to launch in India soon.