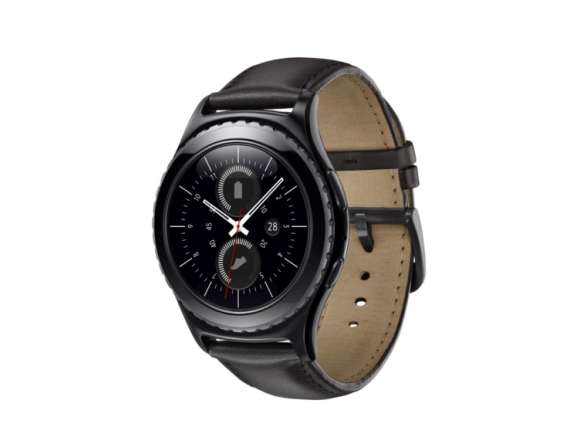 Samsung has officially took the wraps off its new smartwatch that has long been expected, the Galaxy Gear S2. The device comes in three different variants, Gear S2 which is the standard version, Gear S2 Classic that looks more stylish, and Gear S2 3G that support voice calling and 3G connectivity. However, the firm has not revealed their pricing and availability. We expect Samsung to announce these at IFA event that will begin on Friday.

All the three versions sports identical specifications when compared, but differs in design. The basic version of the Galaxy Gear S2 has a silicon band with modernize look, the Galaxy Gear S2 Classic has Black finishes with a matching genuine leather band, while the Galaxy Gear S2 3G takes the form of Gear S2. All the device runs Samsung’s own Tizen OS out-of-the-box. They features 1.2-inch Super AMOLED display with 360×360 pixel resolution and 302ppi pixel density.

These are powered by 1GHz dual-core processors coupled with 512MB of RAM and 4GB of built-in storage. All the three versions of the Galaxy Gear S2 are waterproof and dustproof certified with IP67 rating and comes with Wi-Fi, Bluetooth 4.1 and NFC connectivity, with the support of Samsung Pay.

The pricing of the standard and classic version of Samsung Gear S2 smartwatch have been revealed. It has also been confirmed that the watches support smartphones running Android 4.4 KitKat with 1.5GB of RAM installed.